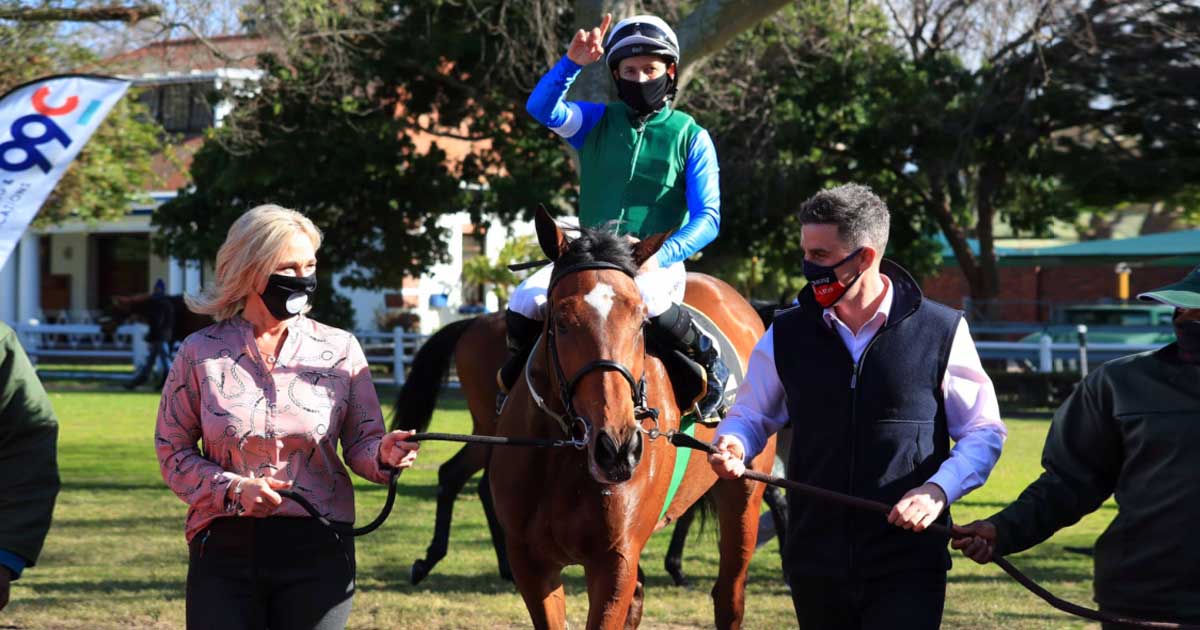 Fourth to fellow River Jetez hopeful Eva Eileen last time out, Sing Out Loud had claimed the Listed Sweet Chestnut Stakes two starts back and was trying the 2400m trip for a first time.

She received a perfect ride from jockey Corne Orffer, who kept the 18-10 tote favourite Sing Out Loud off the pace set by long shot Double Reward (44-1). The latter went out to make the running, and led for most of the way, from Silver Tiara (4-1) and rank outsiders Rocamadour (30-1) and Bold Diva (25-1).

The front runner faded out of contention as Silver Tiara, Flame Tiara and Rattle Mouse launched their respective challenges, only for Orffer to bring Sing Out Loud with a strong late challenge which swamped her rivals. The favourite went on to win by a head over stablemate Flame Tree (a daughter of Jackson (by Dynasty and 3/4 sister to Saturday’s Gr3 DStv Gold Vase winner Dynasty’s Blossom), with the fast finishing Rattle Mouse (9-2) picking up some valuable black type in third spot.

Now a winner of three of just seven starts, Sing Out Loud claimed Sunday’s River Jetez Stakes in a time of 158 seconds.

Sing Out Loud, one of 71 stakes winners for her brilliant sire, is out of the four time Gr1 winning A.P. Indy mare Super Singer. The latter, a half-sister to the Unbridled’s Song sired Gr1 winner Magnificent Song, was produced by the Storm Cat matron Song To Remember.