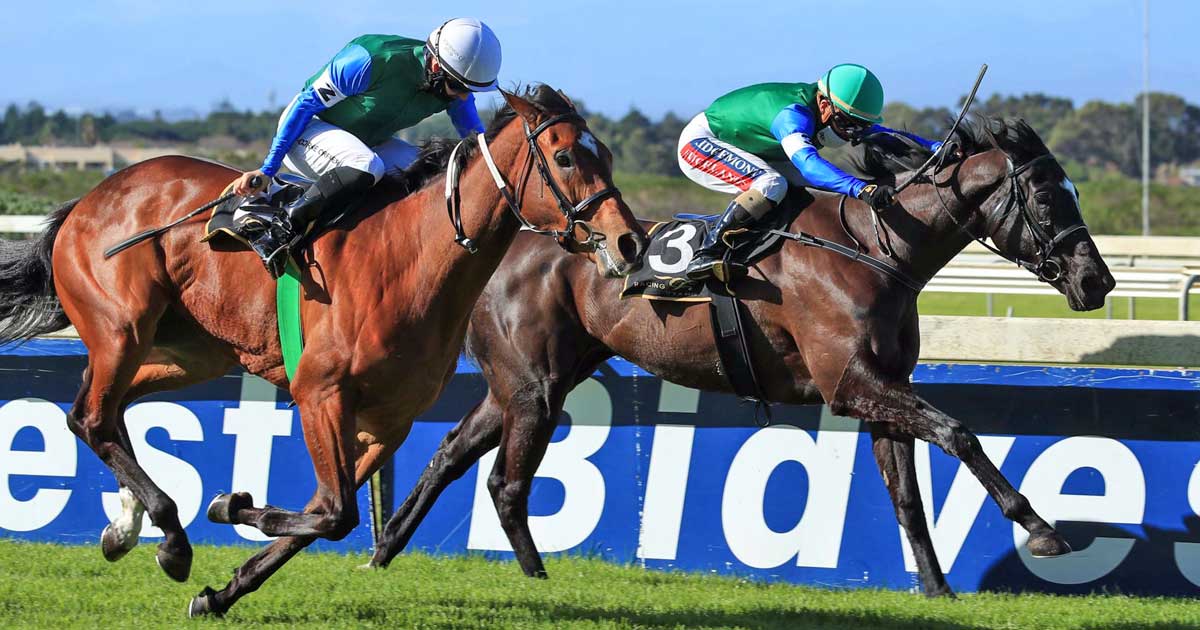 On a terrific weekend for the Ridgemont Highlands team, their grand legend Dynasty sired four stakes, with his son Belgarion emulating his sire by winning the Gr1 Vodacom Durban July, seventeen years after his Dad achieved the feat from a 20 draw.

But the weekend wasn’t finished for the Kieswetter family and they celebrated a terrific feature exacta in their silks at Kenilworth on Sunday, when Dynasty daughter Sing Out Loud won the Listed Bass Racing River Jetez Stakes – beating Dynasty’s granddaughter Flame Tree into second place.

It was a thriller, with Jackson’s daughter Flame Tree looking a winner inside the distance, before Corne Orffer got Sing Out Loud to gain top stride. Only a neck separated the Brett Crawford–trained top two, with the winner clocking 158 secs flat.

Bred by Ridgemont Highlands, Sing Out Loud is out of the four-time winning A.P.Indy mare, Super Singer, and has won 3 races with 3 places from 7 starts for stakes of R173,250.

The story of Sing Out Loud’s remarkable sire Dynasty now tells of sixteen Gr1 winners, at least one Gr1 winner in nine of his first ten crops. Dynasty now has 71 stakes winners to his name.

Interestingly, Belgarion was the second son of Dynasty to win the Vodacom Durban July, with the now Cheveley Stud based Legislate the winner of the 2014 renewal.