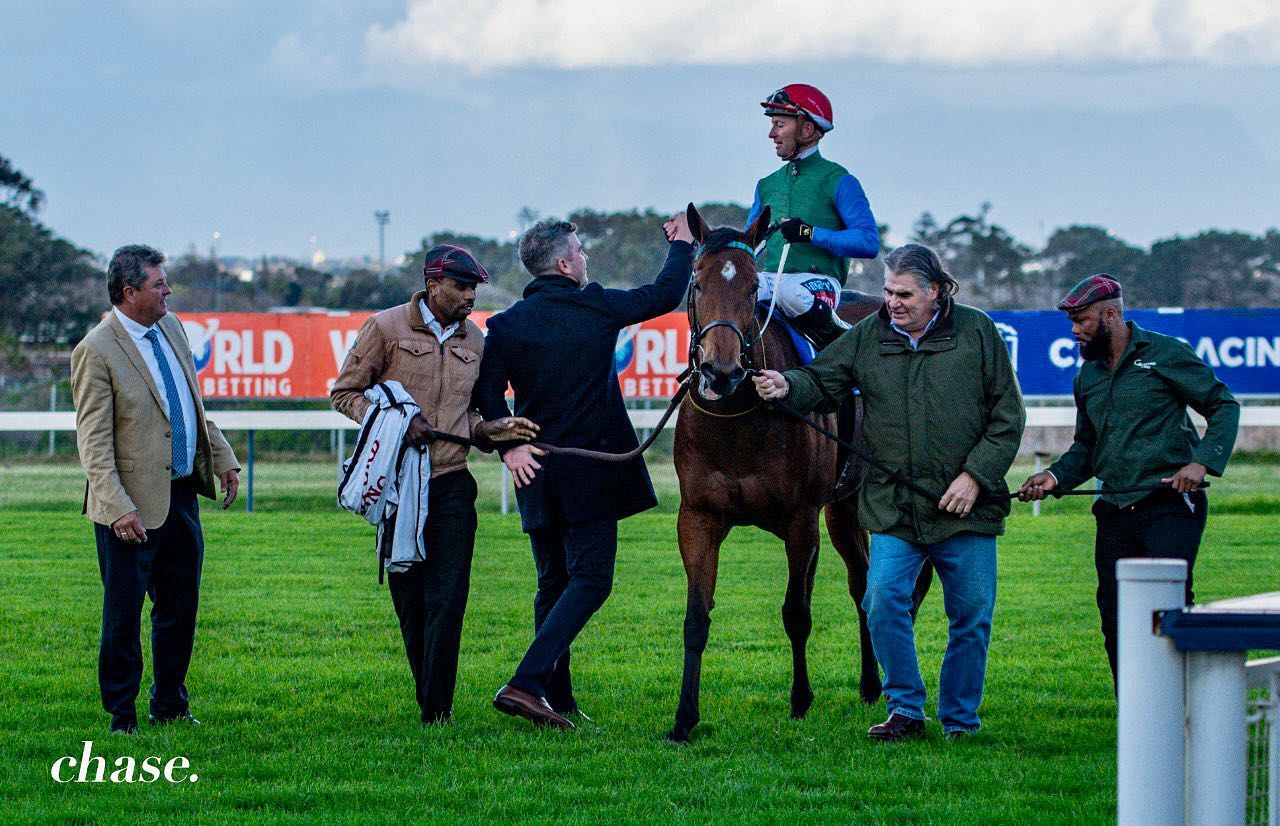 The Ridgemont owned filly Walk Of Fame was the toast of Kenilworth racecourse on Saturday when she won the G3 Western Province Nomads Champagne Stakes over 1200 metres.

Not only did Walk Of Fame end her racing career in the perfect style, she also provided her jockey Greg Cheyne with a memorable final South African feature race win.

Cheyne is set to leave South Africa before embarking on a new career with William Haggas.

A multiple Gr1 winning jockey who includes his 2009 Durban July success on the ill-fated Big City Life and the 2017 Sun Met on Whisky Baron as highlights on his impressive cv, the Ridgemont Highlands sponsored Cheyne, a twice champion jockey in his home province, is set to wrap up his tenth East Cape Champion title when making his swansong appearance at Fairview on Friday 29 July.

Trained by Brett Crawford, Walk Of Fame had been excelling in her homework prior to Saturday’s graded sprint feature for fillies and mares, and she duly lived up to her work at home with a courageous win in the 2022 Champagne Stakes.

Always up with the pace, Walk Of Fame settled down someway from home to fight out a thrilling duel with favourite Major Attraction, with the two fillies fighting hammer and tong to secure victory.

Cheyne just coaxed more from Walk Of Fame, and the pair edged ahead of a very game Major Attraction to score by a head.

Bred by Klawervlei Stud, Walk Of Fame claimed her biggest career win in a time of 76 seconds.

The regally bred four-year-old, now a four time winner over trips from 1200m to 1400m, looks to be a very exciting broodmare prospect.