Not only does this draft include yearlings by such notable stallions as the exciting Canford Cliffs, Captain Of All, Danon Platina, Potala Palace and boom sire Rafeef, Ridgemont Highlands will also be offering a number of yearlings produced by top race mares and producers. 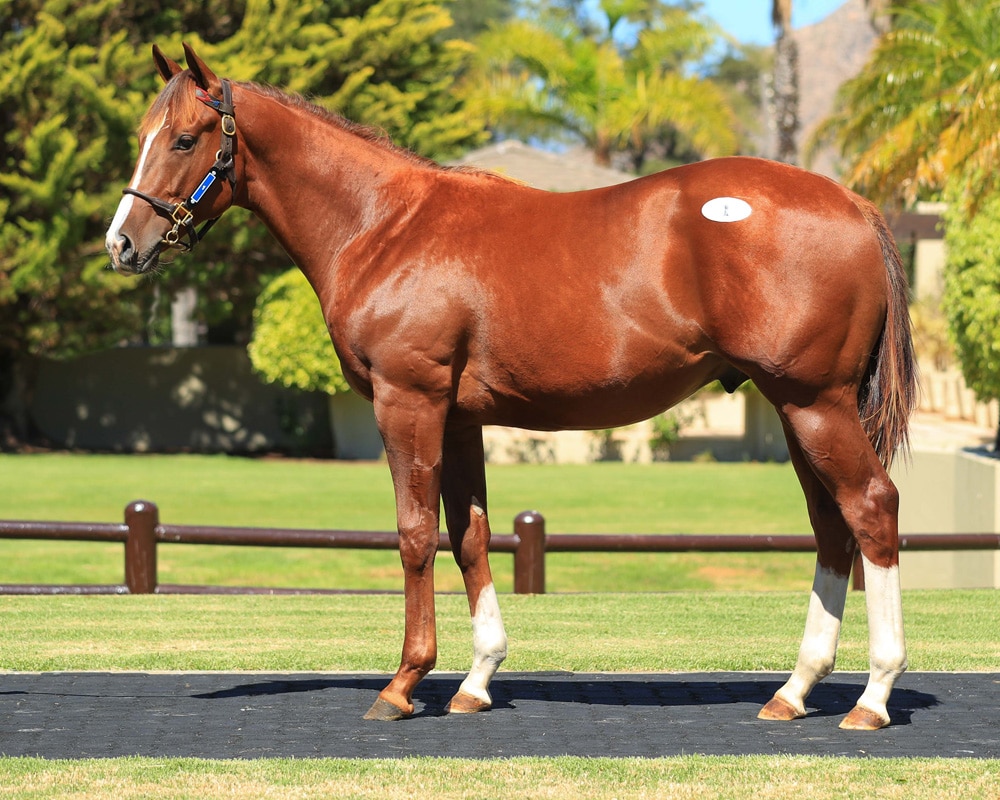 The very first yearling by Deep Impact’s Champion son Danon Platina to go through a sales ring, Honshu is out of a winning daughter of deceased top sire Var.

This colt, whose dam is inbred to Storm Cat -broodmare sire of numerous top-class horses sired by Deep Impact, sports a G3 placed own sister to four-time G1 winner, and Equus Champion, Mother Russia as his granddam, and is also from the family of former South African Horse Of The Year Winter Solstice. 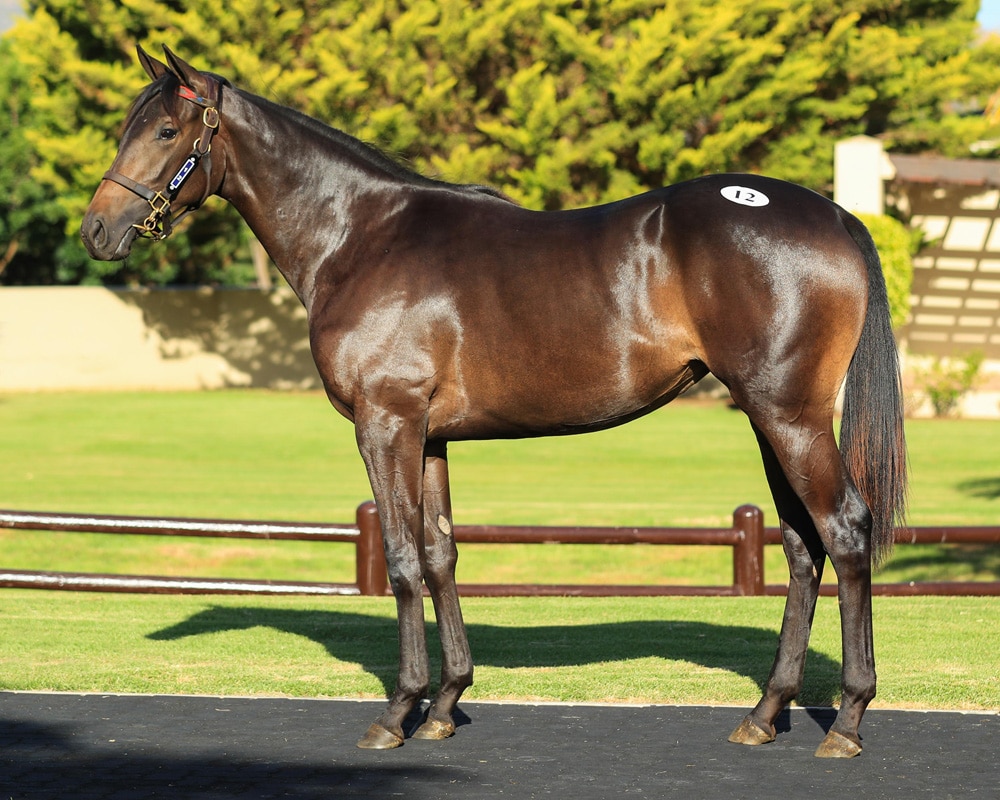 This filly is out of the Australian-bred half-sister to seven-time G1 winner and Champion Older Horse Grand Armee from the family of Gr1 winners Wylie Hall, Anamato, Deal Principal, Yourdeel, Genius And Evil as well as boom colt Anamoe. 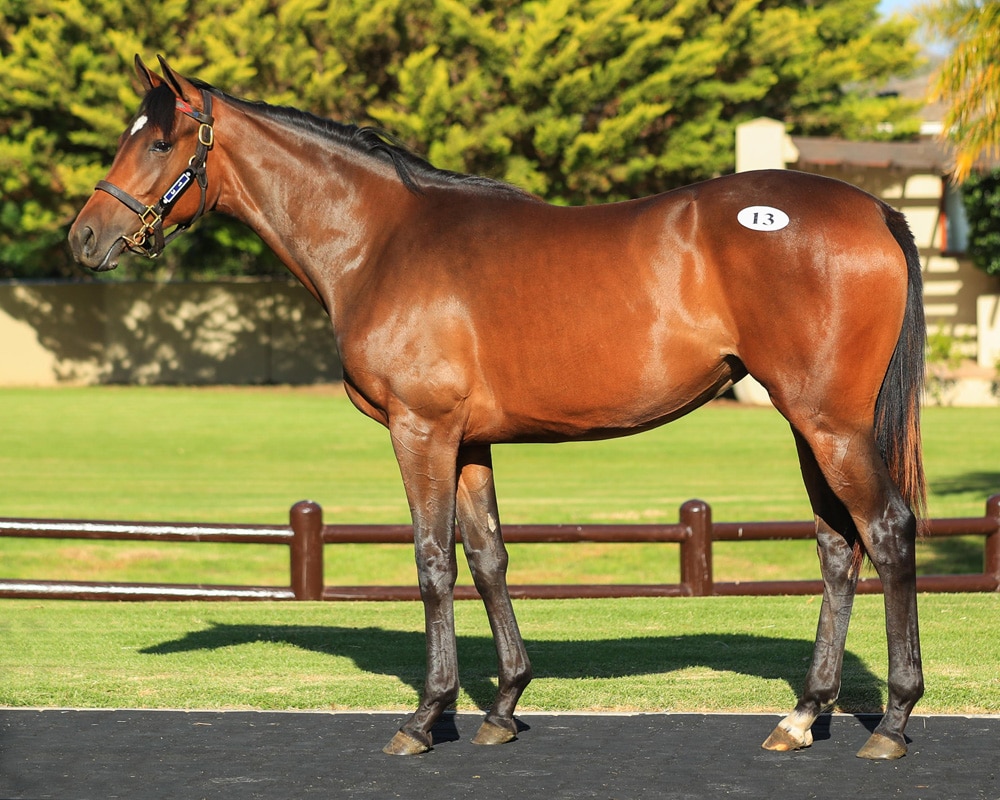 A daughter of star miler, and five-time G1 winner Canford Cliffs, Concerto is out of a three-time-winning daughter of dual Derby winner and outstanding sire High Chaparral.

This filly’s granddam, Push A Venture, is a Shirley Heights half-sister to the stakes placed dam of Cartier Horse Of The Year, and highly successful sire, Rock Of Gibraltar, and further back this is the family of outstanding stallion Riverman. 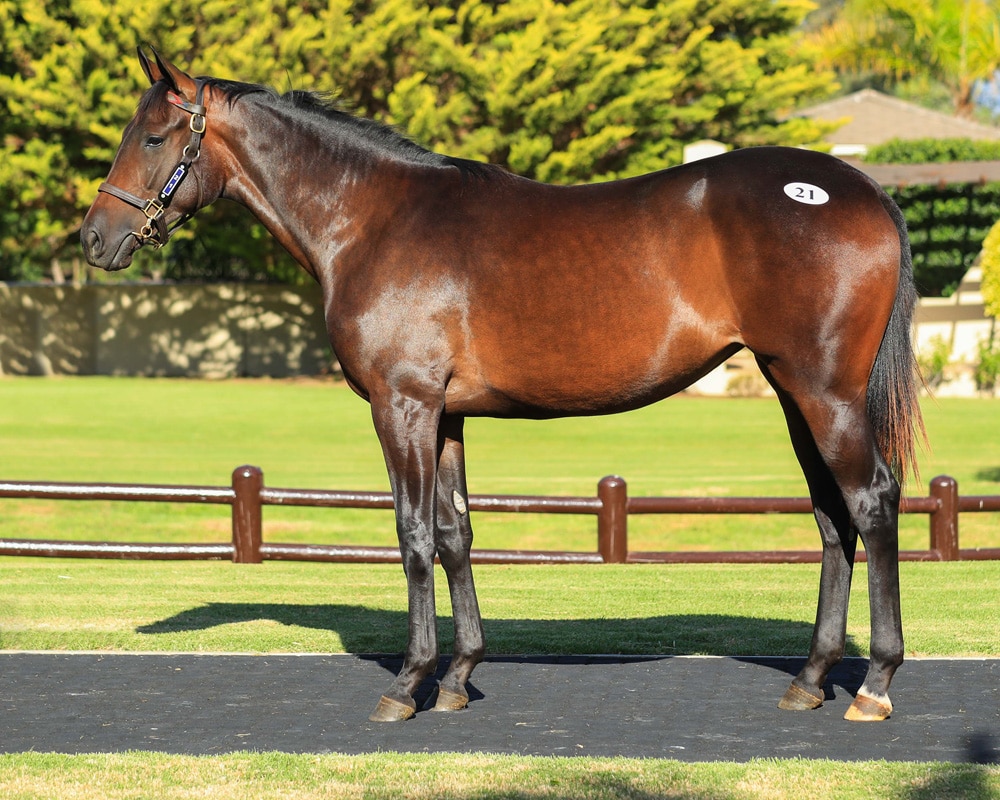 Her three-time-winning dam is a half-sister to Listed Off To Stud Handicap winner Himalayan Hill, while granddam Riviersonderend won six times including the Listed Roland’s Song Stakes. 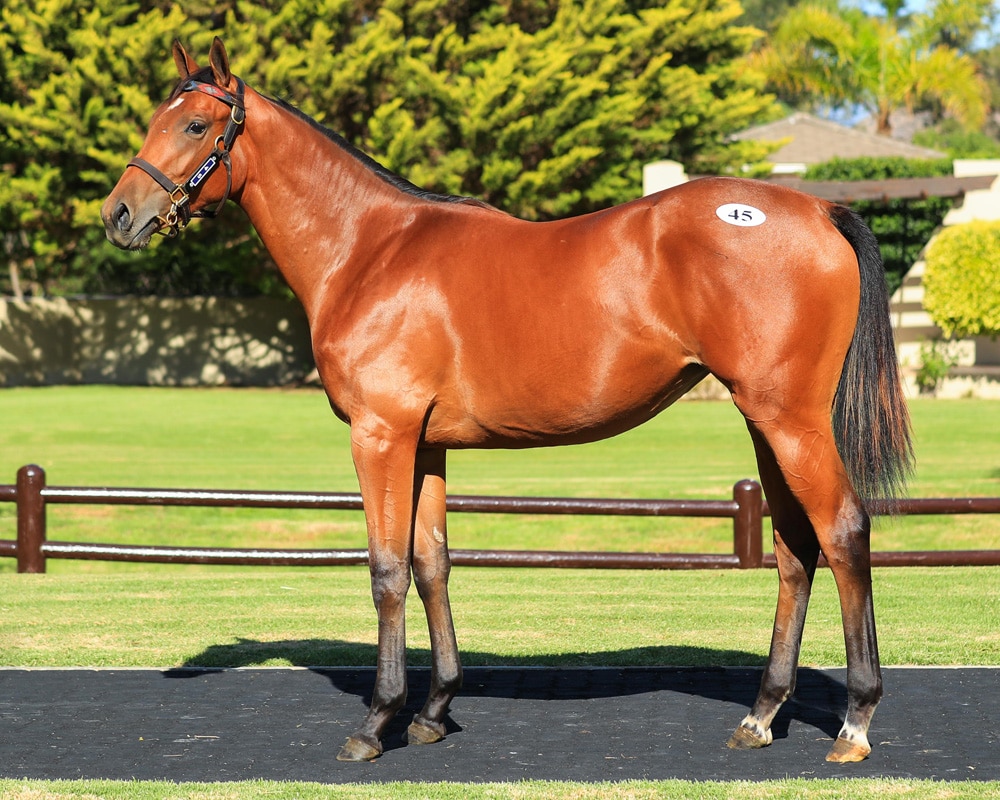 A daughter of Equus Champion Sprinter and triple G1 winner Captain Of All, himself the sire of nine stakes performers including the dual G1 winner Linebacker and the Gr1 winners Shango and Springs Of Carmel.

This filly is out of the Dynasty’s Listed Syringa Handicap placed Fly Phillipa, a half-sister to G3 Protea Stakes winner Olympic Queen and G3 Pretty Polly Stakes winner Speedy Suzy tracing back to the from the family of multiple G1 winner and G1 sire Poet’s Voice. 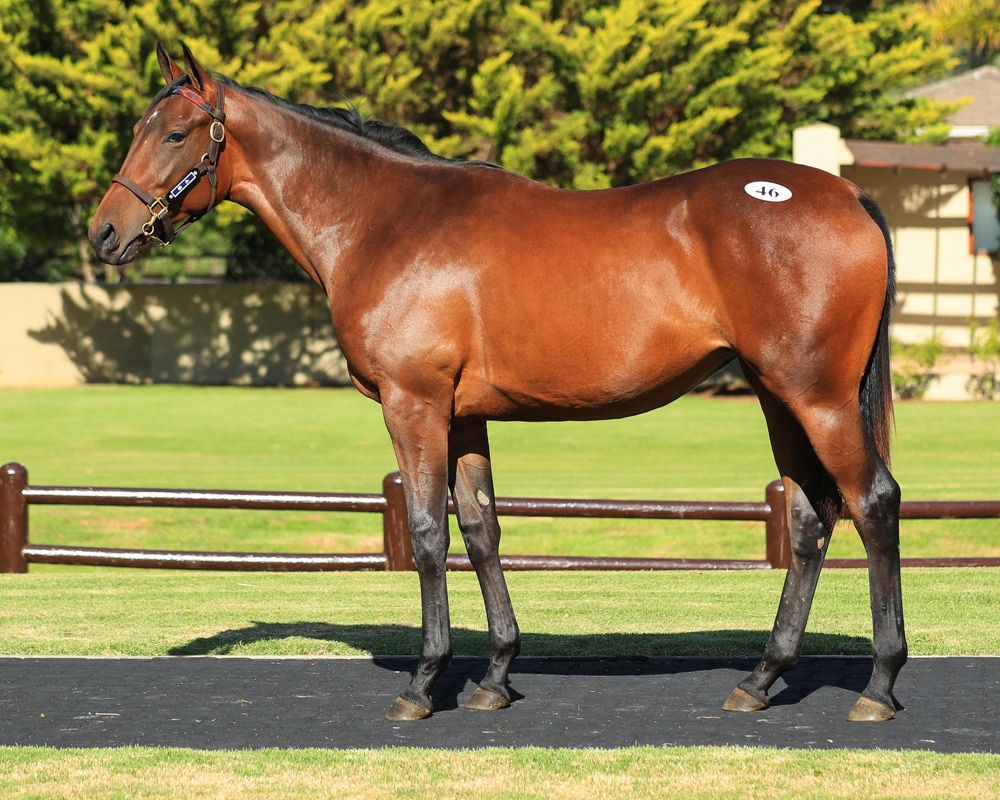 From the first crop of Deep Impact’s Champion 2YO son Danon Platina, Knockout is a half-sister to CTS 1600 winner Count Jack. She is out of a stakes-placed daughter of Danehill’s six time G1 winning son Dylan Thomas, with Knockout’s dam For The Count a half-sister to Italian classic winner Evading Tempete.

Granddam, Late Summer, is a Gone West half-sister to high-class two-year-old Daggers Drawn, and further back this is the family of champions, and influential sires, Diesis and Kris. 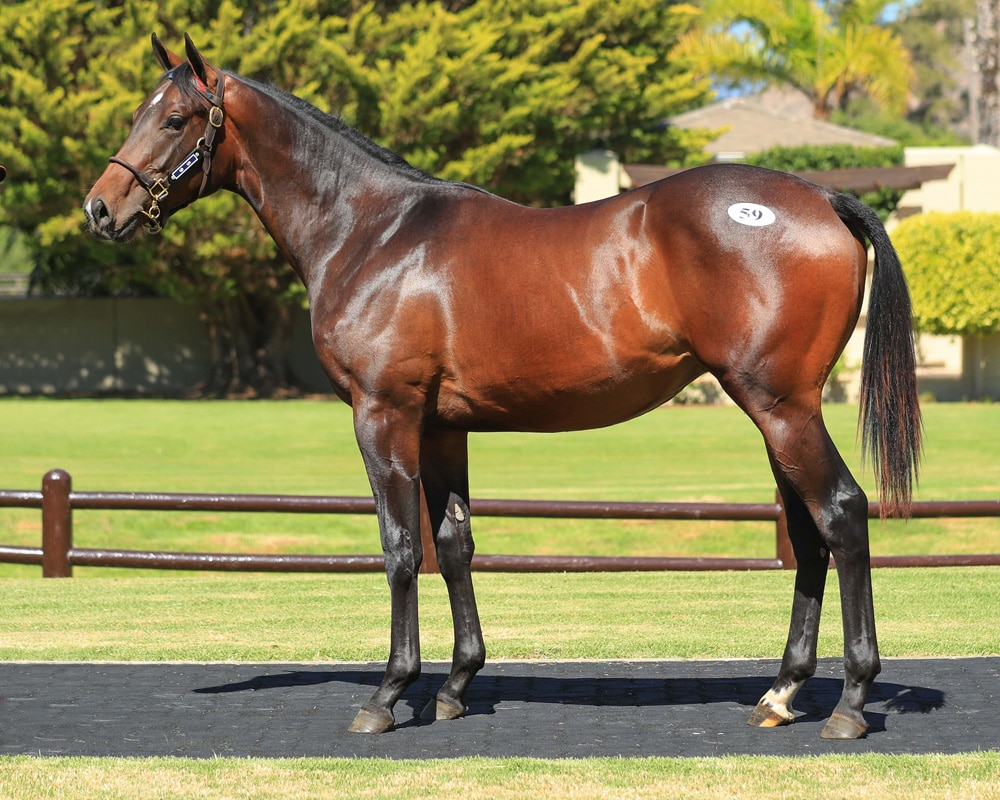 From the third crop of five-time G1 winner Canford Cliffs, whose first South African crop have hit the ground running highlighted by the four plus length debut winner Body Electric.

This colt is out of a three-time winning daughter of multiple champion sire, and champion broodmare sire, Western Winter who finished second in the G3 Final Fling Stakes. Icy Fire herself is a half-sister to Listed East Cape Oaks winner She’s A Pippa and the stakes placed Bountiful Harvest, while Icy Fire’s dam is the Jet Master sired G2 Gerald Rosenberg Stakes winner She’s On Fire. From the family of recent Equus Champion Tempting Fate (sired by a son of Jet Master), Escarpment’s fourth dam is G1 July winning champion Devon Air. 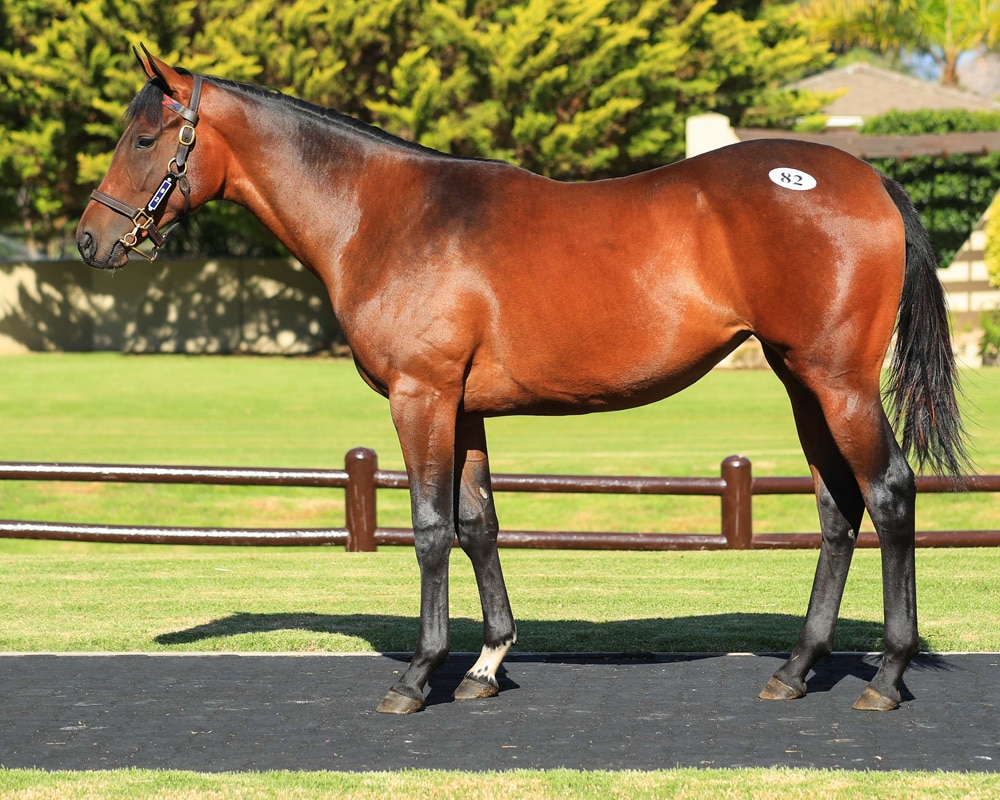 A bay filly by outstanding miler and five time G1 winner Canford Cliffs, this filly is out of the useful Silvano mare Love Supreme – a full-sister to the smart She’s A Rainbow. 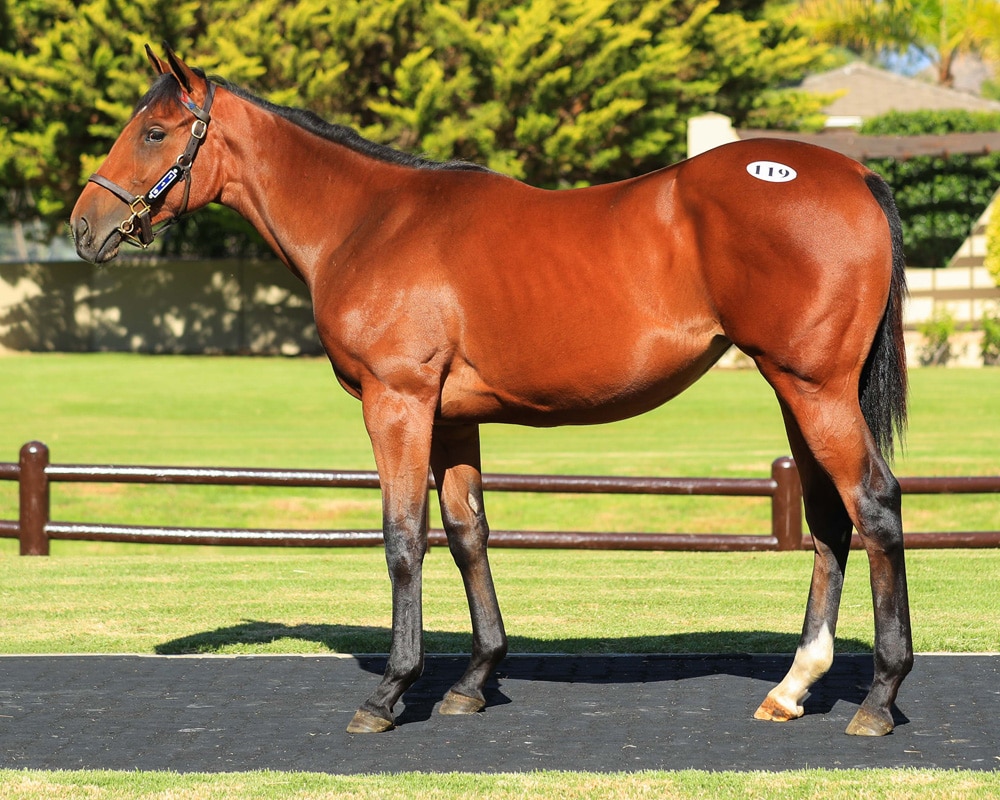 The filly is out of Nkosazana Stakes winner Raise The Bar, a daughter of highly successful sire and broodmare sire Goldkeeper, with Raise The Bar’s granddam being top-class racemare Eternal Dancer. 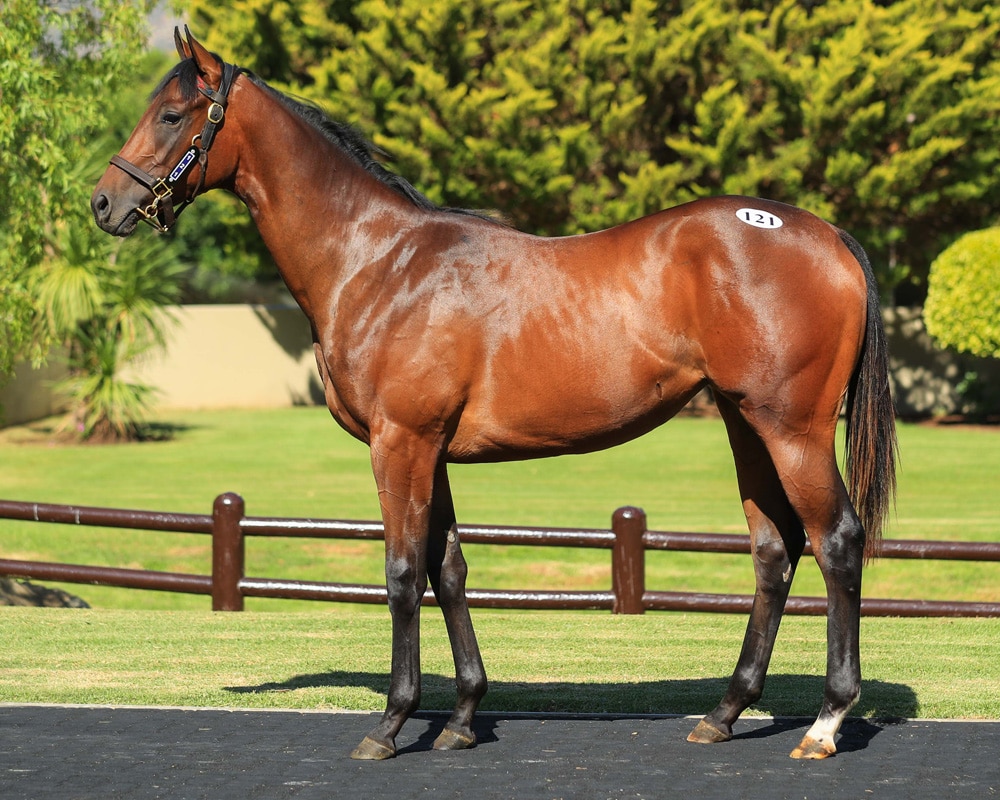 Born Ready, who hails from one of the best families in the stud book, is a half-sister to four winners including classy G3 Final Fling Stakes runner up Fortune Flies. Her dam Right And Ready is a half-sister to G1 Premier’s Champion Stakes winner, and successful sire, Potala Palace and to G1 WSB Cape Fillies Guineas winner Front And Centre. 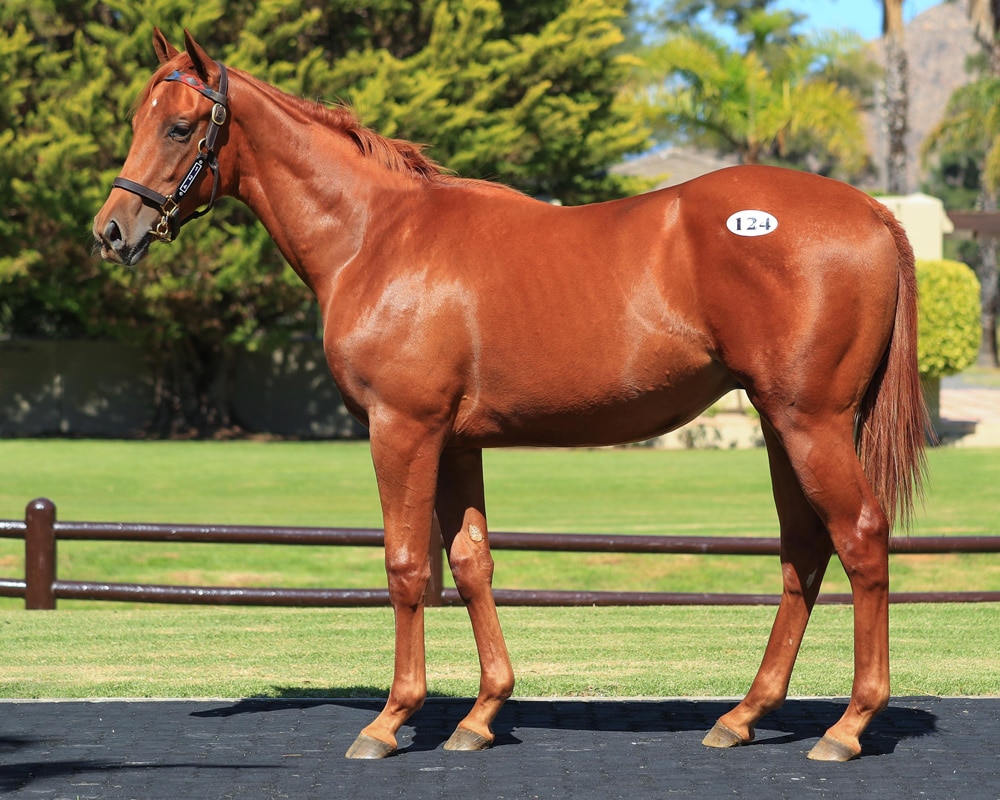 One of just four lots in the sale by the multiple G1 winner Duke of Marmalade, whose South African crops includes G1 winners Temple Graffin and Rain In Holland, this colt is out of the unraced Black Minnaloushe mare Royale Noir, a half-sister to Silvano’s Listed Oaks Trial winner Inaninstant and the multiple G1 placed Sovereign Circle.

Already the dam of two winners highlighted by the G3 Champagne Stakes winner Nastergal, this colt is out of a Black Minnalouhse mare, already the broodmare sire of G1 winners Streets Of Avalon, Stolen Dance and Lion’s Roar. 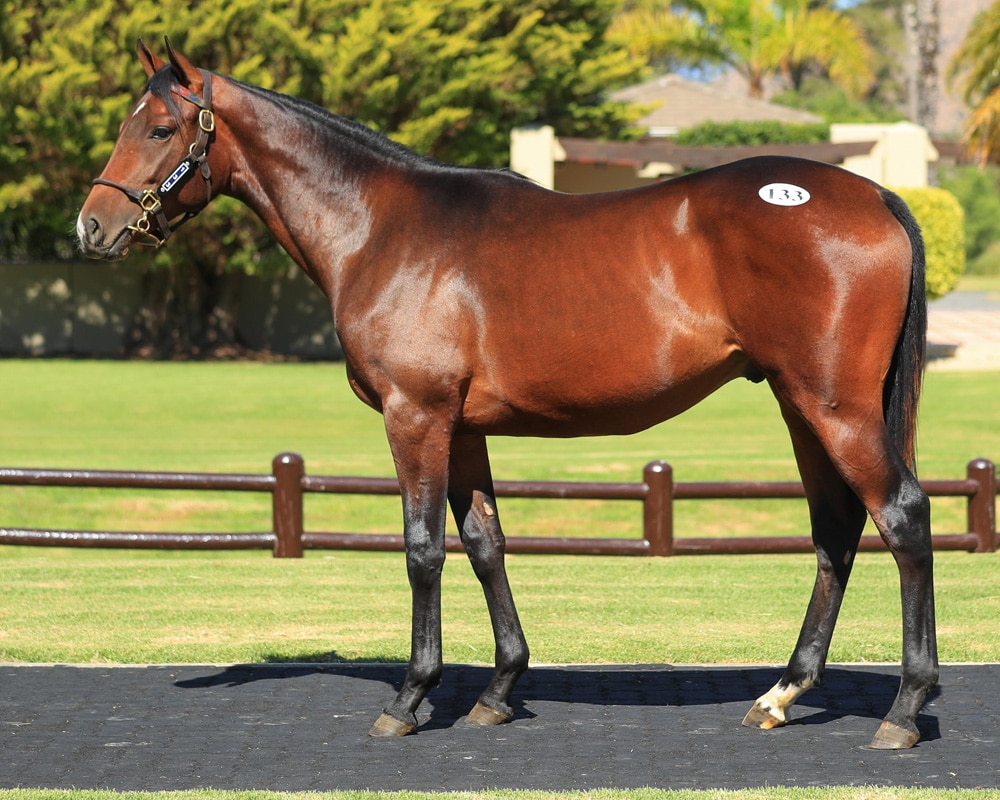 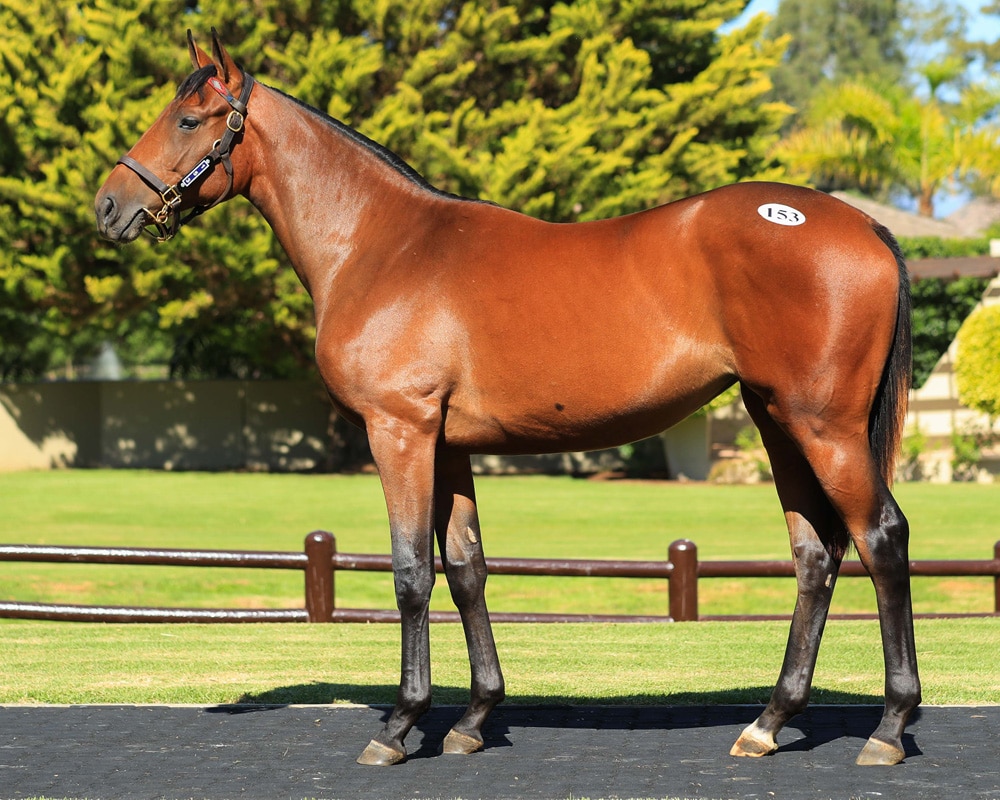 The latter, whose sire Daylami also rates as the broodmare sire of such as Logician and Pierro, won four times including the G3 Diana Stakes and G3 Victress Stakes and was also third in both the G3 Kenilworth Fillies Nursery and G3 Champagne Stakes. 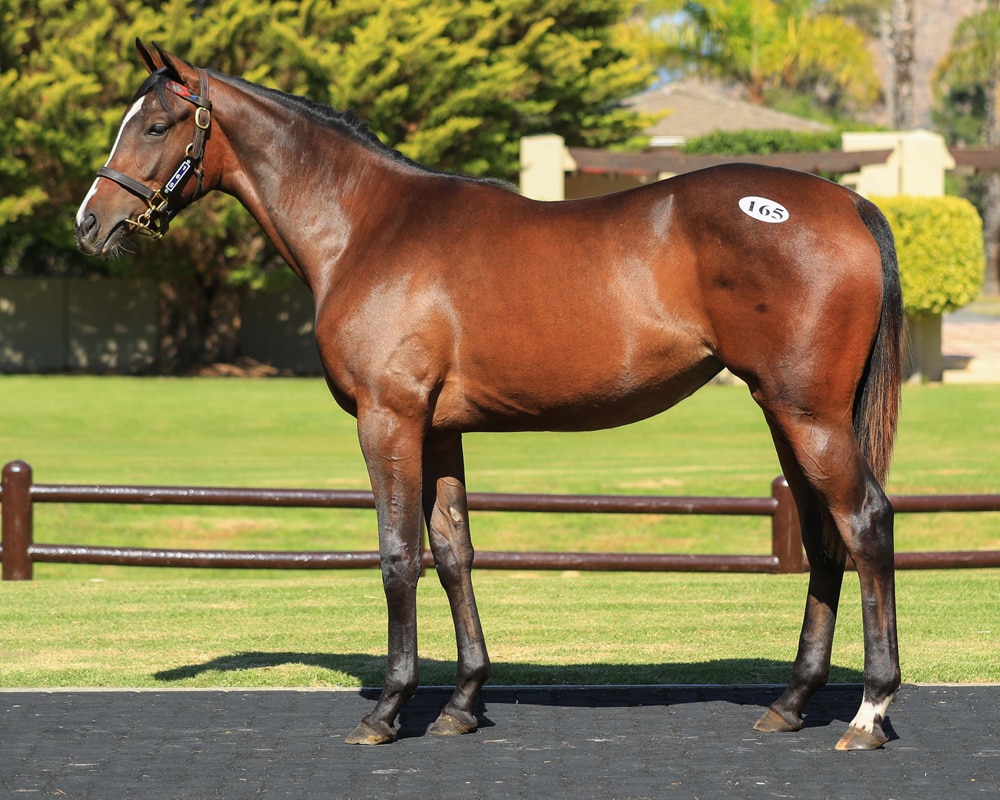 A daughter of Irish classic winner Canford Cliffs, whose progeny include more than 40 black type performers, Pushing, this filly is a half-sister to four winners, including the smart pair of Alramz and African Rain, out of G3 Strelitzia Stakes winner Valdivia, a daughter of Var. 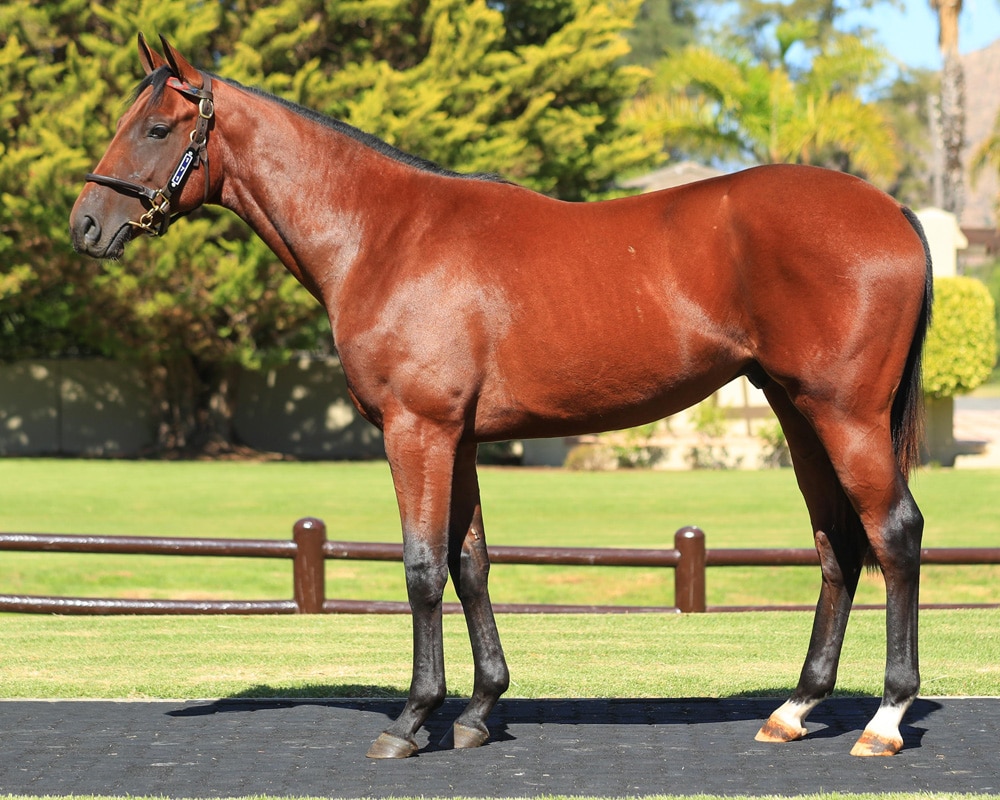 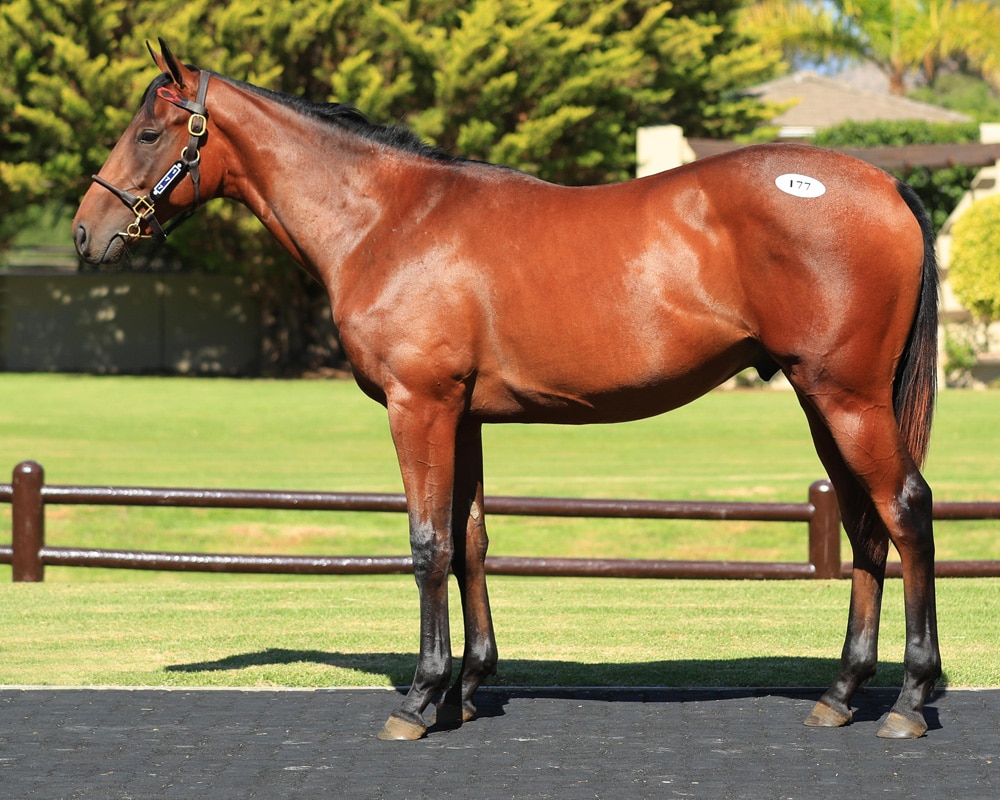 This colt by the five-time G1 winner Canford Cliffs is out of talented race mare Whose That Girl, a winner of both the Listed Winter Oaks and Listed Sweet Chestnut Stakes. Just One Thing’s second dam was also a smart performer, winning seven times and finishing second in the G3 Umzimkhulu Handicap.

This is a consistently successful family responsible for such notable G1 winners as African Appeal, Brave Mary and Takingthepeace, to name but a few. 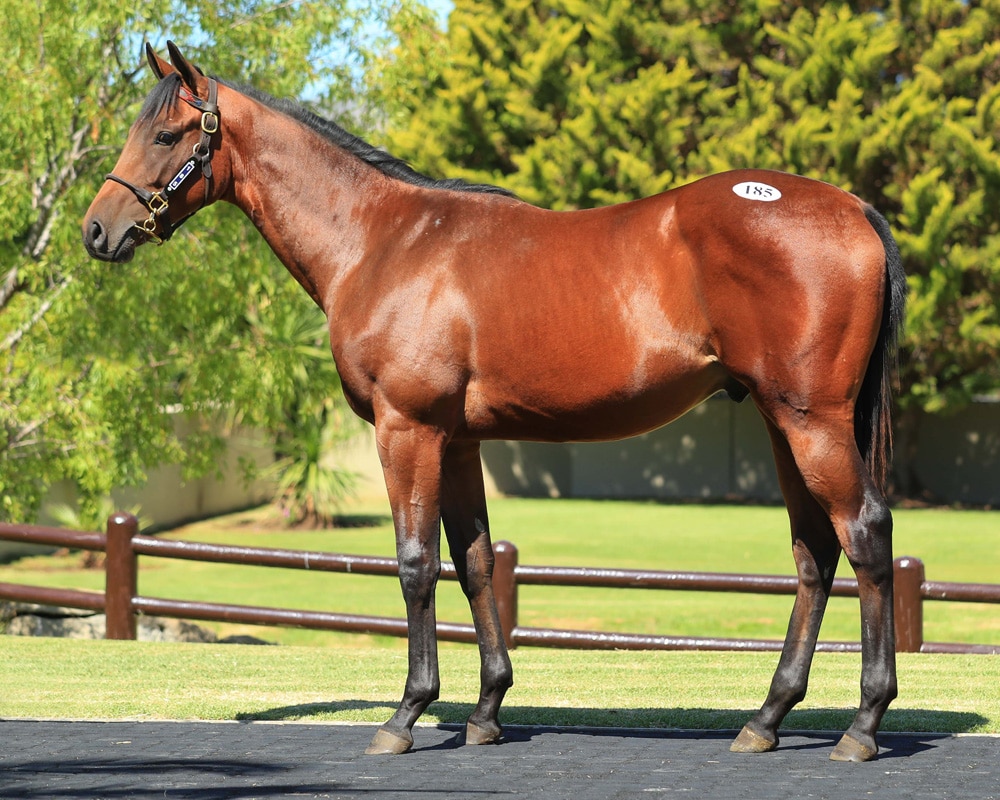 A half-brother to four winners, this Canford Cliffs colt is out of a stakes placed Spectrum sired half-sister to G1 winner, and successful sire, Potala Palace and to G1 WSB Cape Fillies Guineas winner Front And Centre.