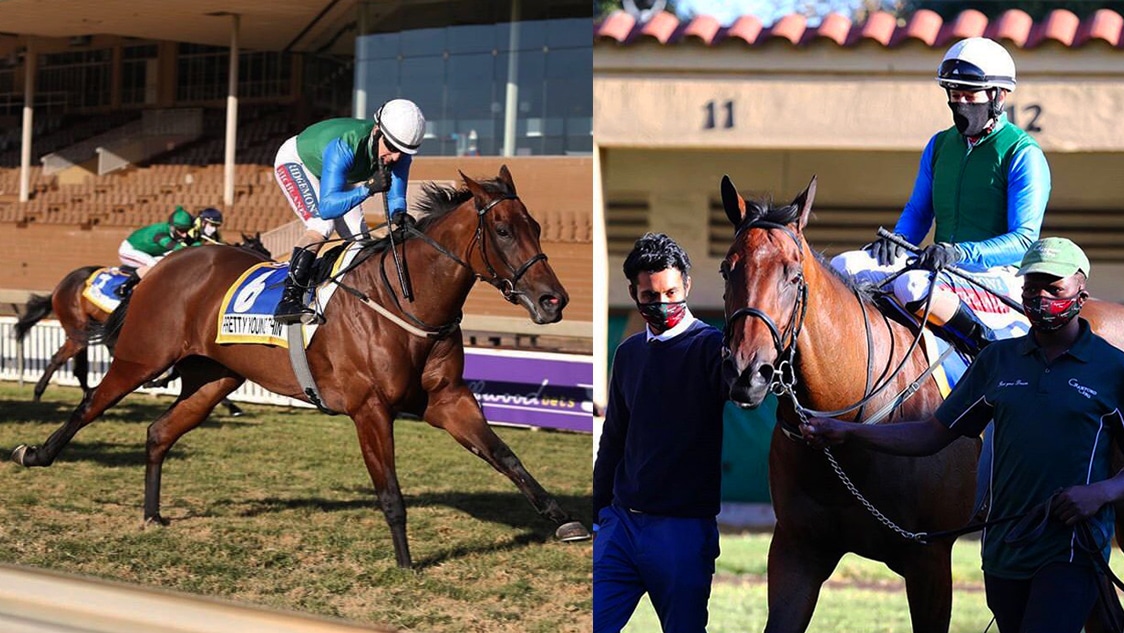 The Ridgemont-Highlands team are riding a crest of feature wave success and they added to last Tuesday’s Kenilworth feature race at Hollywoodbets Scottsville on Saturday.

A winner of the Gr3 Prix Du Cap all the way back on Cape Derby day as the curtain came down on the Cape Summer Of Champions Season, Pretty Young Thing now has the Tibouchina and Gr1 Garden Province Stakes on her radar for the balance of the premier season on the East Coast.

And she showed her heart and class on Saturday! Clearly in need of the outing, and over a distance short of her probable prime trip of seven furlongs, she cruised into the lead a little way out and then stayed on well to be a popular winner at 22-10 and account for the year older Master Keys by 1,50 lengths in a time of 67,75 secs.

He said she was ‘blowing hard afterwards’ – a clear indicator of her lack of game time and he said she’d come on from this smart effort. Ridgemont-Highlands rider Anton Marcus produced his own typically professional performance.

“A lot of thought went into the plan between Brett (Crawford), Peter (Muscutt) and myself. She pulled an awful ‘marble’ in the Fillies Guineas and we felt we’d rather start here,” he added.

Another outstanding and progressive Jackson product, the dual stakes winning Pretty Young Thing has come out on top at 50% of her 10 starts and has earned at three others.

She is versatile and should continue to enhance her paddock value as she nears the end of her 3yo term. She took her earnings to R457 750 on Saturday.

Pretty Young Thing is out of the twice-winning Commands mare, Nona In Command, and is a second crop daughter of Ridgemont Highlands’ multiple Gr1 winning sire Jackson, one of the very best performed – and good looking – sons of the supreme sire Dynasty. Jackson is a major asset to the illustrious Cape stallion ranks.

His race record speaks volumes of his ability – he won the Gr1 Investec Cape Derby, Gr1 Daily News 2000 and Gr1 Champions Cup. And he certainly has the blood to conquer the world – hailing from the same family as multiple champion sire Smart Strike and ill-fated South African champion Soft Falling Rain.

The handsome athlete also has one filly (#156) catalogued on the BSA National Yearling Sale, which will be held at the end of July.