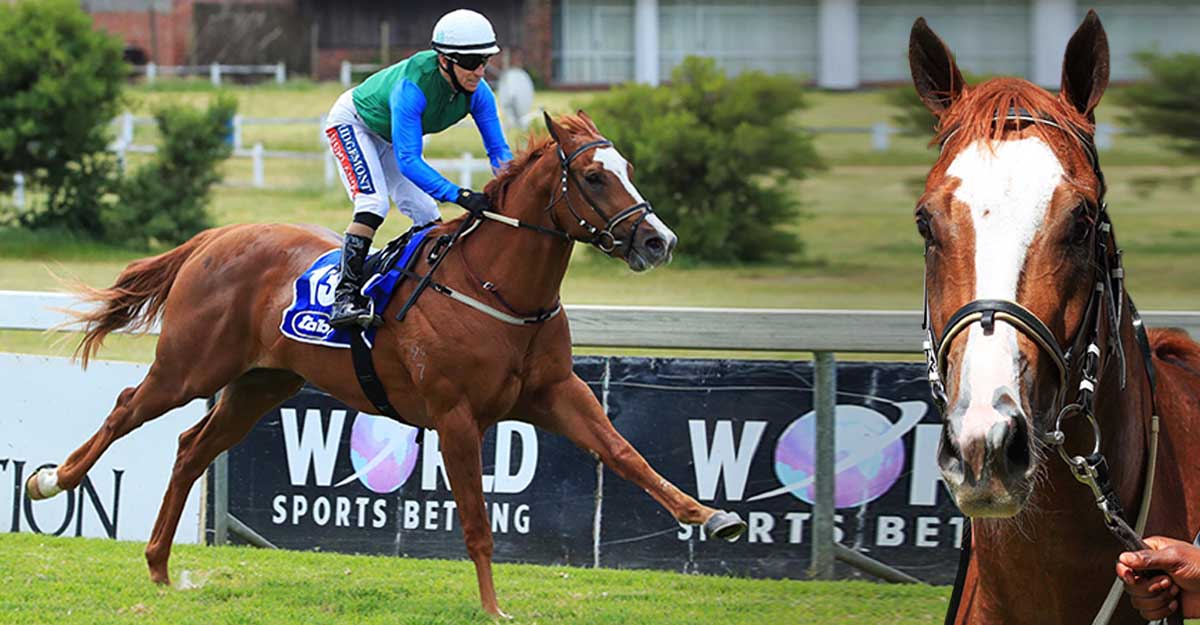 Snitzel’s three-year-old son Real Gone Kid, bred (in Australia) and owned by Ridgemont Highlands, improved on a debut sixth-place finish when making nearly all the running to land the second race at Durbanville.

Real Gone Kid colt is certainly bred to be good. Not only is Real Gone Kid a son of Snitzel, Australia’s reigning Champion Sire (also responsible for the Ascot Stud based G1 SA Classic winner Heavenly Blue), but he is out of a champion daughter of seven times South African champion sire, and reigning champion broodmare sire, Jet Master.

His dam In The Fast Lane was South Africa’s Champion 3YO Filly of 2014, and won five times, picking up notable victories by landing both the G1 Cape Fillies Guineas and G1 Woolavington 2000.

The well-bred In The Fast Lane, who herself was produced by Northern Guest’s Zimbabwe Oaks winning daughter First Arrival – whose other progeny include another G1 winning Equus Champion in the form of Let’s Rock’n Roll (by Muhtafal) and G2 Peninsula Handicap winner Light The Lights (by Western Winter). The latter also enjoyed success in UAE, where Light The Lights claimed both the G3 Abu Dhabi Championship and Singspiel Stakes.