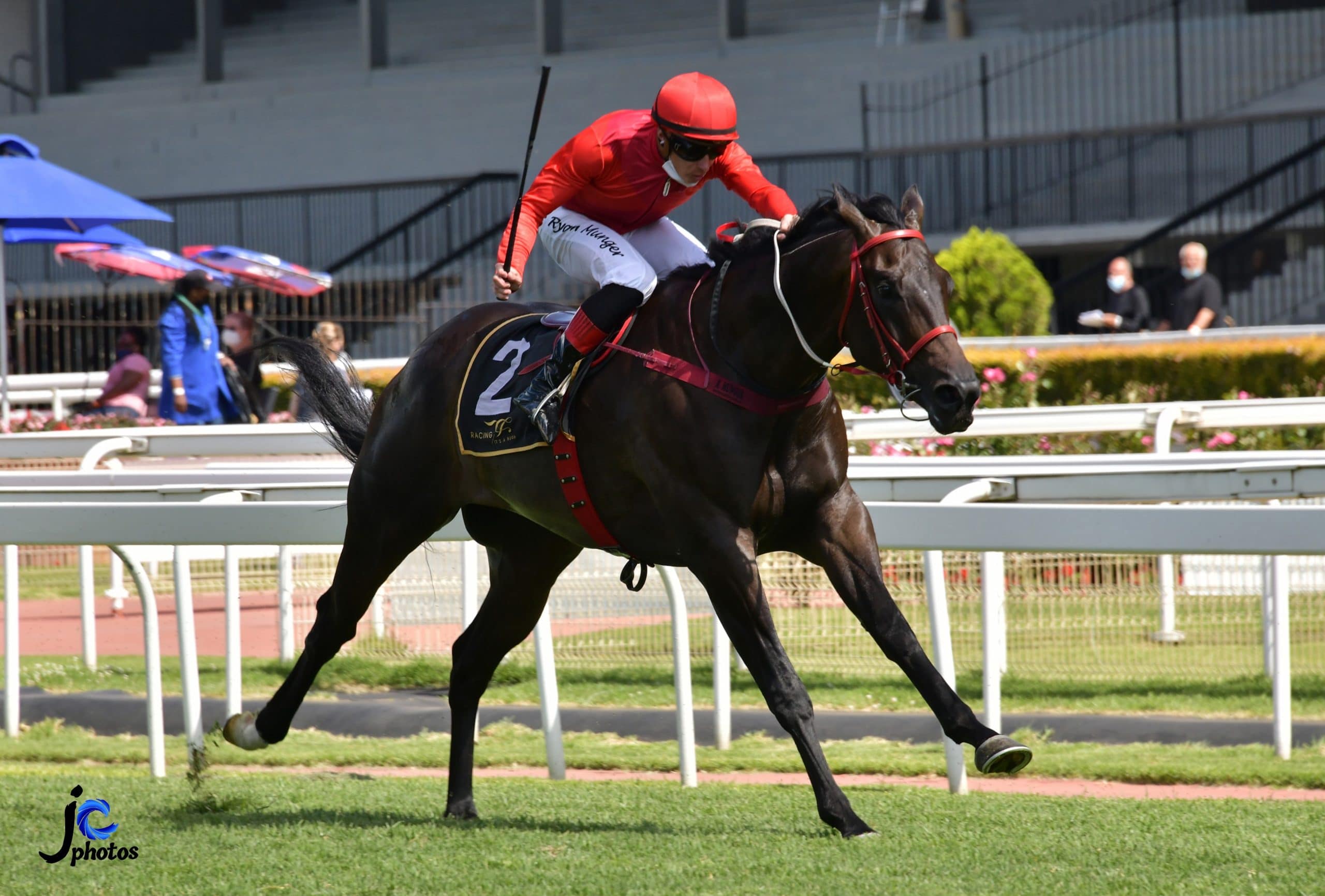 Trained by Corne Spies, the Ridgemont Highlands-bred gelding looked a leading contender for Saturday’s R250 000 feature for three-year-olds, and William Robertson lived up to expectations with a breathtaking win.

Under Ryan Munger, William Robertson jumped away well and went out to make the running, with Pyromaniac and Noble Striker racing just off the pace.

The Rafeef colt appeared beaten 300m from home, as stablemates Outofthedarkness and Prince Of Fire (also paternal half-brothers) settled down to fight out the finish.

Munger was effusive in his praise for the 3yo.

“I am over the moon – he is the type of horse that gives one goosebumps. Thanks to Mr Spies and the owners and the entire team,” said Munger.

A game second over 1160m last time out, William Robertson landed the 2022 Tony Ruffel Stakes in a time of 86.46 seconds. Outofthedarkness finished second, and was a neck clear of tote favourite Prince Of Fire, with Super Excited back in fourth spot.

Now a three time winner from seven starts, William Robertson was a R500 000 buy from the 2020 National 2YO Sale.