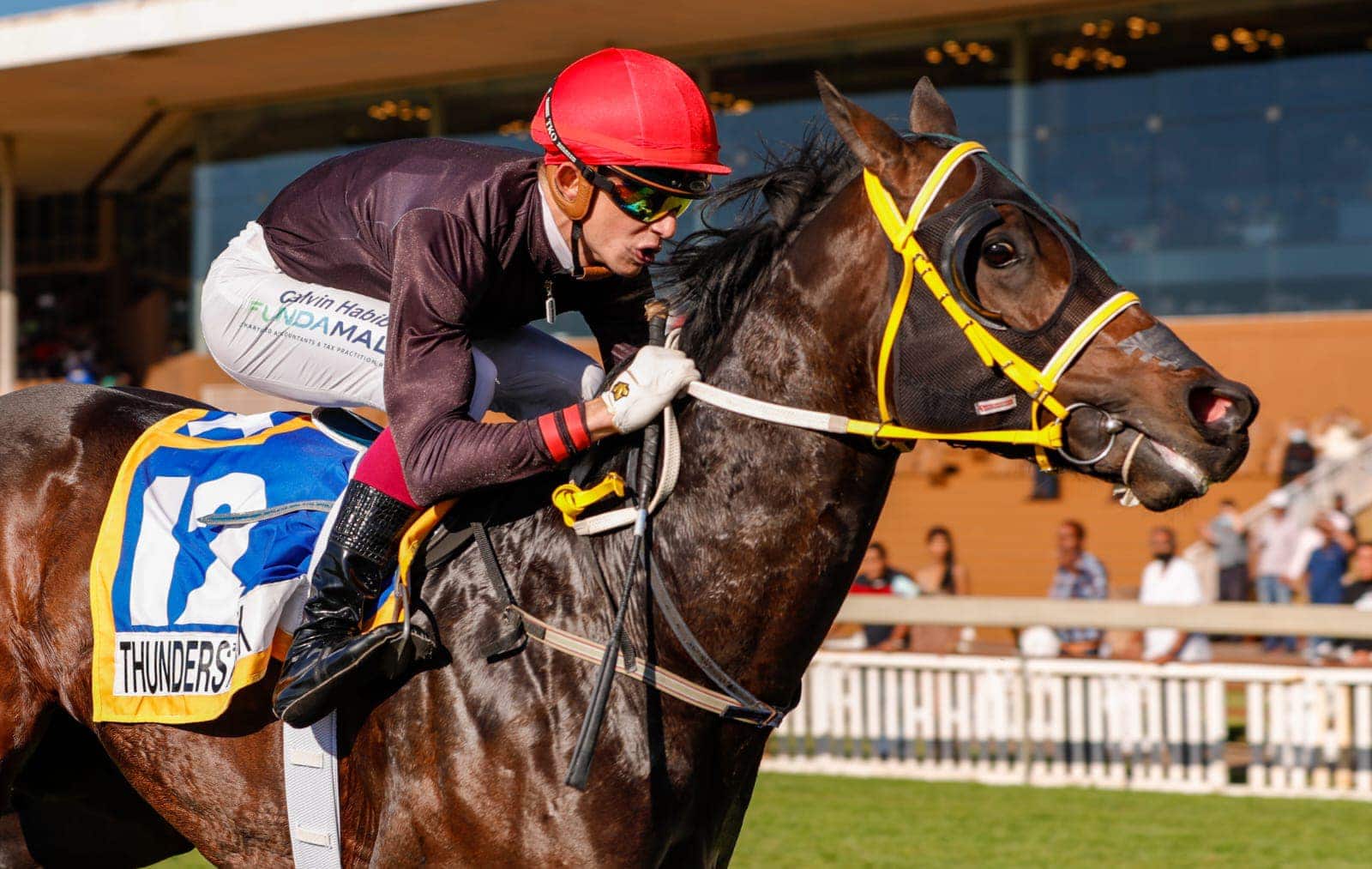 One of two G1 winners on the day for trainer Sean Tarry and jockey Calvin Habib, the regally bred Thunderstruck showed his class in no uncertain terms when he romped to a near three-length win in the Gold Medallion.

In the process, the Avontuur Thoroughbred Farm bred colt made it two wins from just three starts, with Thunderstruck having won impressively at just the second time of asking.

Out of the Var mare Varikate, and thus bred on the same Rafeef/Var cross as G1 Computaform Sprint winner Master Archie, Thunderstruck was a R1 000 000 buy from the 2021 National Yearling Sale.

Rafeef went close  to having a second G1 winner on Saturday when his Paul Peter trained two-year-old daughter Glittering Girl finished second in the Allan Robertson Championship, beaten just a neck by the unbeaten Sweet Pepper. Bred by Wilgerbosdrift & Mauritzfontein, Glittering Girl had won her only previous start when scoring by four lengths and she looks a very promising sort in the making.

Rafeef has an exceptional crop of two-year-olds this season, with his other notable juveniles this season headed by Thunderstruck, Union Square and the very promising Who Do You Love.

South Africa’s Leading Second Season Sire of 2021-2022, Rafeef has made a blistering start to his stud career with his first crop headed by G1 winners Aragosta (WSB SA Derby) and Master Archie (Computaform Sprint) and his second crop by the likes of Thunderstruck, Glittering Girl and G2 Heineken SA Nursery runner up Union Square.