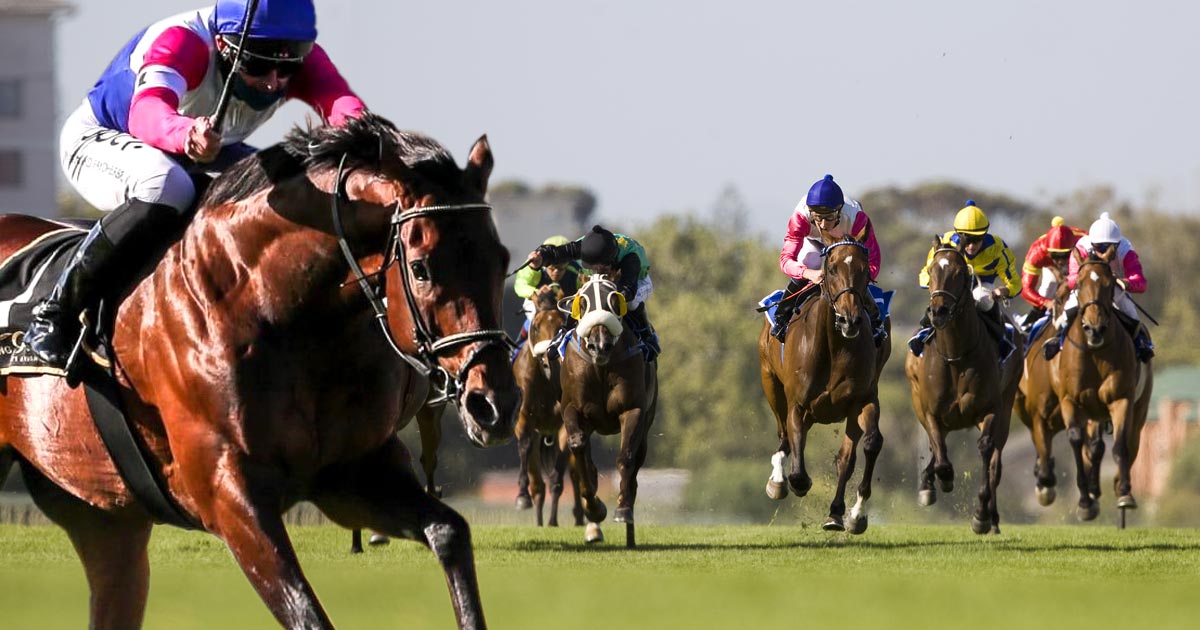 Many pundits may have thought we saw the country’s best three-year-olds participate in Saturday’s Vodacom Durban July, but perhaps the best has yet to be fully exposed. His name is Katak, writes Jack Milner.

Katak became only the third horse to win all three legs of the Cape Winter Series, the other two being Pocket Power and African Night Sky.

Trained by Piet Steyn, who is a joint-owner, along with Marsh Shirtliff and Bryn Ressell, the son of Potala Palace once again thumped his opposition, beating Bayberry by 2.50 lengths without raising a sweat. In fact, jockey Bernard Fayd’Herbe began easing him up before the finishing post.

In fairness, he hasn’t taken on top horses, but it’s been the manner of his wins that has impressed as he is still unbeaten after five runs. “He is still a big baby,” said Steyn after the race. “He still has so much improvement to come.”

But as is so often the case with top South African racehorses, the offers are starting to come in from all over the world. “He seems to be an amazing horse and we would like to have him race in South Africa,” said Ressell. “But there are a lot of people who are throwing silly numbers at the horse.”

Steyn, who has a 50% share in Katak, says that if the right offer comes, he would be quite happy to watch Katak race overseas. “I’ve had his blood checked and it’s fine,” he said. “He would be accepted into any country.”

In the race, Fayd’Herbe always had Katak close to the pace in fourth place and as they turned for home, he let his mount loose. He hit the front and in a matter of strides had raced clear of his opposition. At the 200m mark the race was over.

“He is super-impressive to ride,” said Fayd’Herbe. “At the top of the straight I just gave him a bit of a click and he accelerated immediately. Some three-year-olds have a problem when racing over longer distances but he had no issues handling the 2400m. Piet (Steyn) has done a great job with him. He’s a horse with really good manners, and for me, it was a pleasure to get on a good horse again.”

Interestingly, Fayd’Herbe has been instrumental in all three Cape Winter Series winners. “I rode Pocket Power and African Night Sky in all their races and now Katak, but only in his last win.” Aldo Domeyer rode him in the first leg and Greg Cheyne in the second.