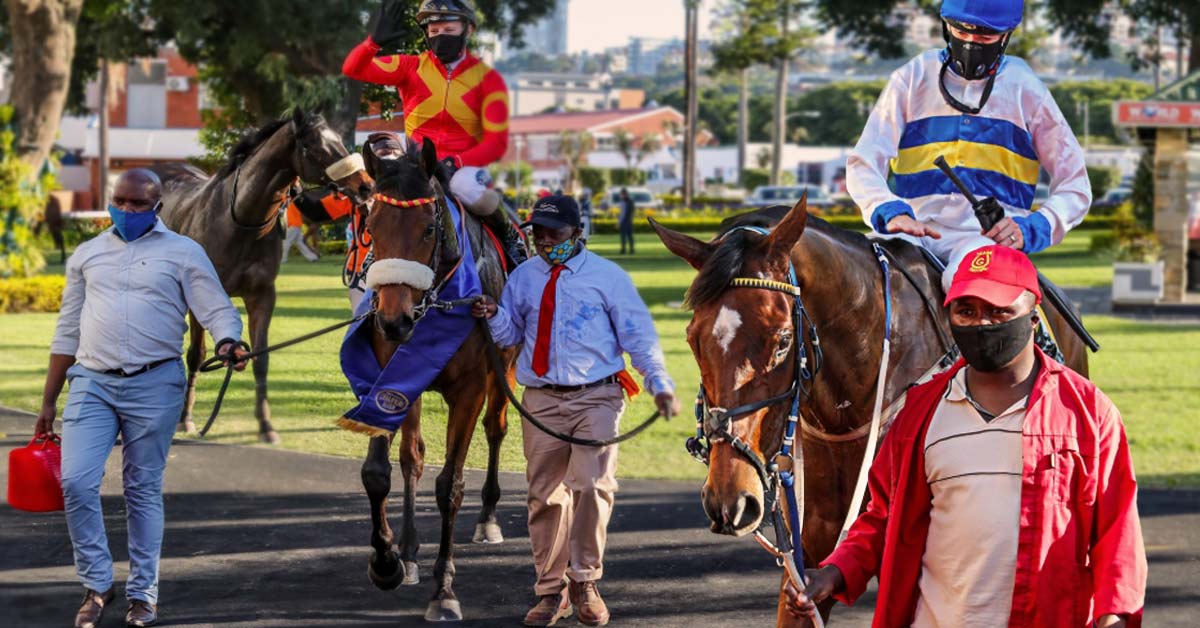 The sons of late champion Dynasty and Ridgemont Highlands’ Sandown Stud based sire Pathfork, rounded off another good weekend for the Ridgemont sires with July day just under five weeks away.

Third in last season’s Gr1 SA Derby, the four-year-old Marchingontogether simply blew his rivals away when romping to a facile 3,50 length win. Under jockey Warren Kennedy, the Gavin Van Zyl trained gelding tracked the early speed, before hitting the front 200m from home and went away to win as he liked.

Bred by Jagessar Limited, Marchingontogether picked up his first graded win. Marchingontogether, who looks a likely contender for the 3000m Gr3 Gold Vase on July day, has now won five times for earnings of R665,150.

He joins the likes of Jet Start, Mighty High and the record breaking sprinter Mr Flood as graded stakes winners for Pathfork this season.

The news comes on the back of the exploits of Ridgemont Highlands’ five-time Gr1 winning sire Canford Cliffs, whose highly anticipated first South African crop are yearlings in 2021, maintained his impressive global stakes performance when his son Cima Emergency won the Gr3 Premio Parioli Shadwell over a mile on the turf at Cappannelle Racecourse in Rome a week ago. Cima Emergency is headed for the Italian 2000 Guineas.

A leading Cape nursery, Ridgemont Highlands have opted to sell their National Yearling Sale draft directly off the magnificent farm this year, and an impressive catalogue is offered. The draft includes two colts and a filly by Rafeef and Dynasty. Ridgemont Highlands Stud Manager Ross Fuller told the Sporting Post that the decision to sell their draft off the farm was made for logistical, operational and practical reasons. “It’s a busy time of the year for all breeders, and we felt that we’d rather take a practical view. We will be back for future sales once things have normalised and wish everybody well,” he added.

Please click here to read more – viewing of yearlings is available by appointment.

The Redoute’s Choice flyer Rafeef, whose first crop are yearlings this season, is a Gr1 winning son of one of the world’s greatest sires and is one of two Gr1 winners produced by former South African Horse Of The Year National Colour.

Little needs to be written about the extraordinary exploits of the late great Dynasty, and his two colts and a filly will also enjoy plenty of attention.

One colt, Carl Vinson, is out of the US-bred Cee’s Tizzy mare Helleborus Blue, whose six to race have all won – including star performers, Trip To Heaven and The Hangman. 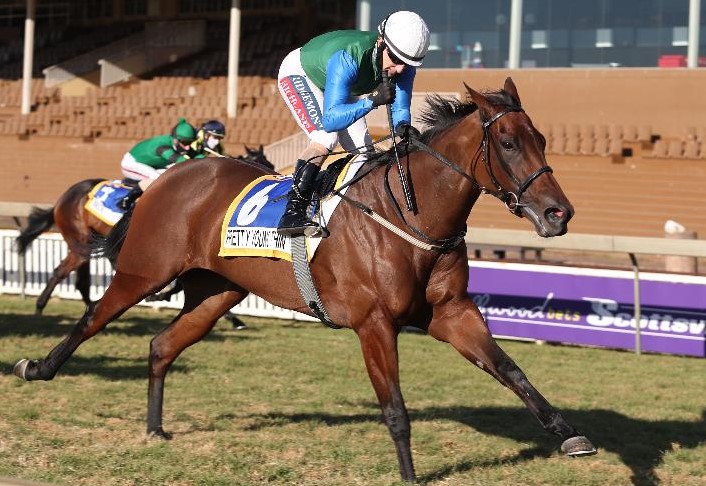 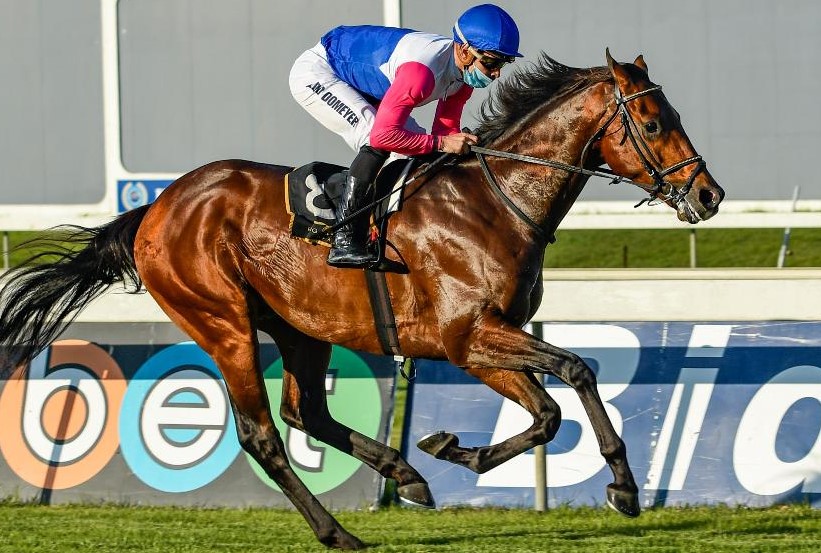 Dynasty’s triple Gr1 winning son Jackson was in the news a fortnight ago when his talented three-year-old Pretty Young Thing made it back to back graded stakes wins in the Poinsettia Stakes.

Pretty Young Thing came into that race off a facile victory over her now retired stablemate, and Gr1 Cape Fillies Guineas winner, Front And Centre in the Gr3 Vasco Da Gama Prix Du Cap. Now a winner of five of just ten starts, Pretty Young Thing is now likely to be aimed at the Gr2 Tibouchina Stakes before possibly taking in the Gr1 Jonsson Workwear Garden Province Stakes.

Her Gr1 Investec Cape Derby winning sire Jackson has also enjoyed a tremendous season with his three-year-olds this season, including Pure State (CTS Ready To Run Stakes) and Count Jack (The CTS 1600).

A son of deceased top stallion Dynasty, Jackson hails from the family of Gr3 Dwyer Stakes winner Speightster, currently one of North America’s most talked about stallions.

The latter made it three wins from as many starts, when romping to a facile five and a half length win in the Gr3 Kuda Variety Club Mile at Kenilworth on Tuesday.

Potala Palace, whose close relative Scape recently romped home to a facile ten length win at Belterra Park, has made a big impression with his first two small crops of racing age.