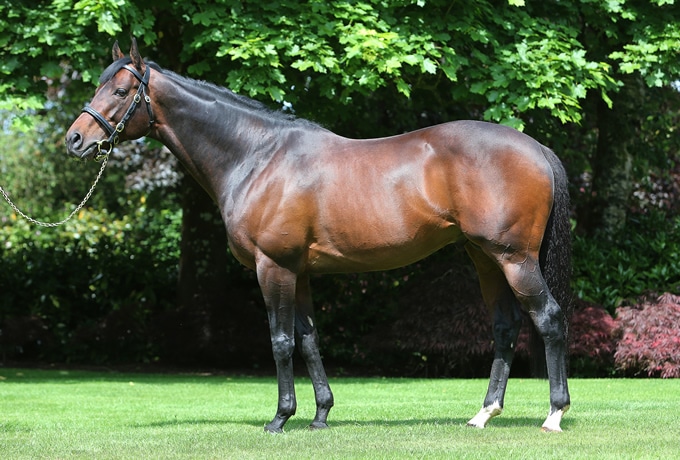 New Highlands stallion for 2018 Canford Cliffs produced yet another impressive local stakes winner when the Mike de Kock-trained Fish River stamped herself as a filly with classic aspirations as she cruised home to win the R250 000 Gr3 Three Troikas Stakes at Turffontein on Saturday. Described by trainer Richard Hannon Snr as the best he trained, the well-performed Canford Cliffs will make an exciting addition to the illustrious Western Cape stallion ranks this season and his smart daughter looks set to carry his flag in the classics.

The Australian-bred galloper was registering her first career stakes score at her seventh start, and made it look ever so easy.

Anthony Delpech had Fish River relaxed in third as Fort Vodka and Dame Kelly showed the way, with San Fermin at the rear after jumping slowly,

With Dame Kelly looking threatening at the 350m marker, Anthony Delpech’s body language spelt confidence as the champion jockey punched the smart 3yo out with the hands. The athletic filly lengthened her stride as she took over and asserted her authority.

In the run for the line the Mauritzfontein-owned racer outgunned her fellow Aussie San Fermin, who was not disgraced as she came from well back to run a good second, beaten just over 2 lengths.

The winner’s time was 85,37 secs and Fish River provided Anthony Delpech with his 100th winner of the season.

Dame Kelly ran out of puff late and was beaten a further length back in third, with the winner’s stablemate Takingthepeace rounding off the quartet.

Fish River was pin-hooked as a foal by Sheamus Mills Bloodstock for A$60 000 from Yarraman Park at the 2015 Magic Millions National Sale.  She was subsequently purchased by Jehan Malherbe’s Form Bloodstock A$130,000 at the 2016 Inglis Melbourne Premier Yearling Sale.

The winner was bred by Wodonga-based trainer Peter Maher and is by Canford Cliffs (Tagula) out of the twice raced Zabeea (Exceed And Excel).Her second-dam Arrabeea (Zabeel) was a Gr3 winner at Doomben and Caulfield.

Canford Cliffs was an exceptional racehorse, whose seven wins from 11 outings included five G1 races-in a row. His five G1 winning streak included the Irish 2000 Guineas, St James’s Palace Stakes, Sussex Stakes, Lockinge Stakes and Queen Anne Stakes and he ended the season with a runner up finish to Frankel in the Gr1 Sussex Stakes.

Fish River is likely to improve further as she is stepped up over ground.