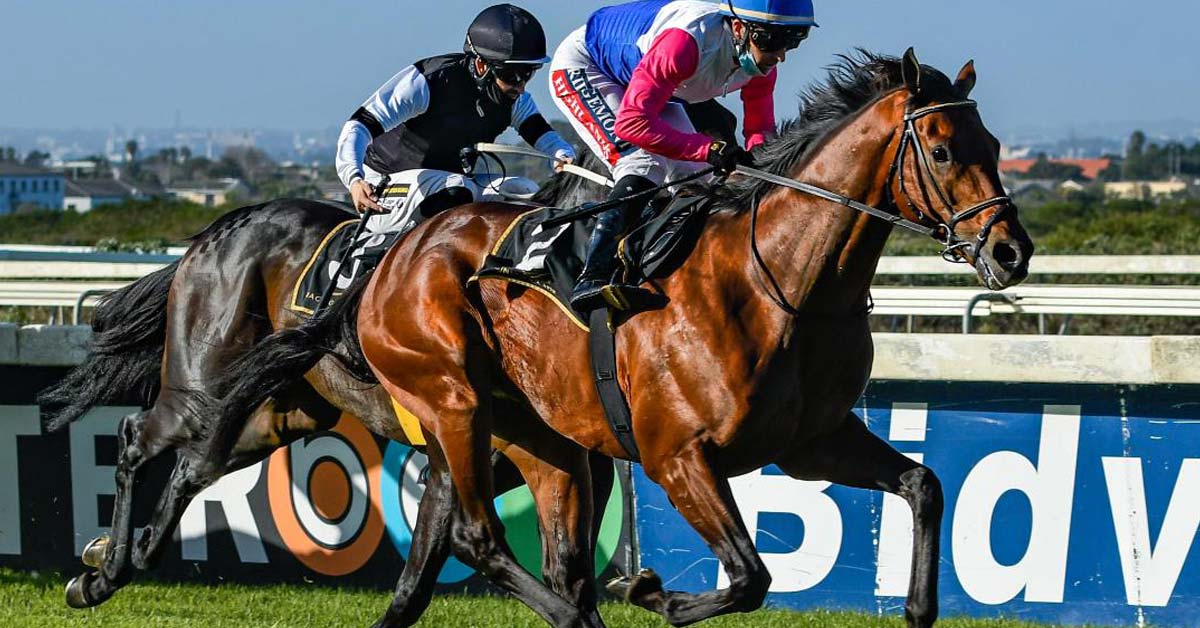 Katak, the son of Potala Palace, increased his tally to four wins from four starts with an excellent win in Tuesday’s Grade 3 Abe Bloomberg Legal Eagle Stakes over 1800m at Kenilworth, though trainer Piet Steyn explained he’d had a few hick-ups in the build-up to the race.

Trainer Piet Steyn said: “Races were cancelled when the horse was so well and last Monday he cast himself in his box. I had to miss one day’s work because he was a bit sore. Everything just went wrong. But I called the vet who said he looked fine.”

In the race itself, Katak carried himself with authority expected from him and won without being extended by jockey Greg Cheyne. “Coming to the 200m mark he just shifted his weight and I lost my right side iron momentarily,” said Cheyne. “Someone thought I took an awkward stride, or the horse did, but it was actually my iron.”

Katak has now won the first two legs of the Winter Series and the decision has to be taken as to whether they will go for Leg 3. “I will discuss it with (joint-owner) Marsh Shirtliff, he knows his racing, probably better than anybody else.”

Steyn acquired Katak privately from Rosedene Stud who had consigned him to the CTS April 2018 Yearling Sale – a figure of R20,000 has been reported. He sold a 50% share afterwards to Marsh Shirtliff and Bryn Ressell joined the partnership later. Katak has already won R244,000 in stakes.

Cheyne, like Katak’s regular jockey Aldo Domeyer, firmly believes that this colt by Ridgemont Highlands stallion Potala Palace has all it takes to go to the very top. He said: “Katak is a very straightforward horse. He’s what I call a freak. He took me into the race, positioned himself where I wanted him. I dropped him back a length because I just wanted him travelling easily under me, knowing he’s the best horse in the race. “He was comfortable under me and he picked it up. It didn’t feel like he got to his top with me, I must be honest. But that’s a good thing. There are a lot of upsides to this horse and he has an exciting future. I’m going to do my best to stick with him,” said Cheyne.