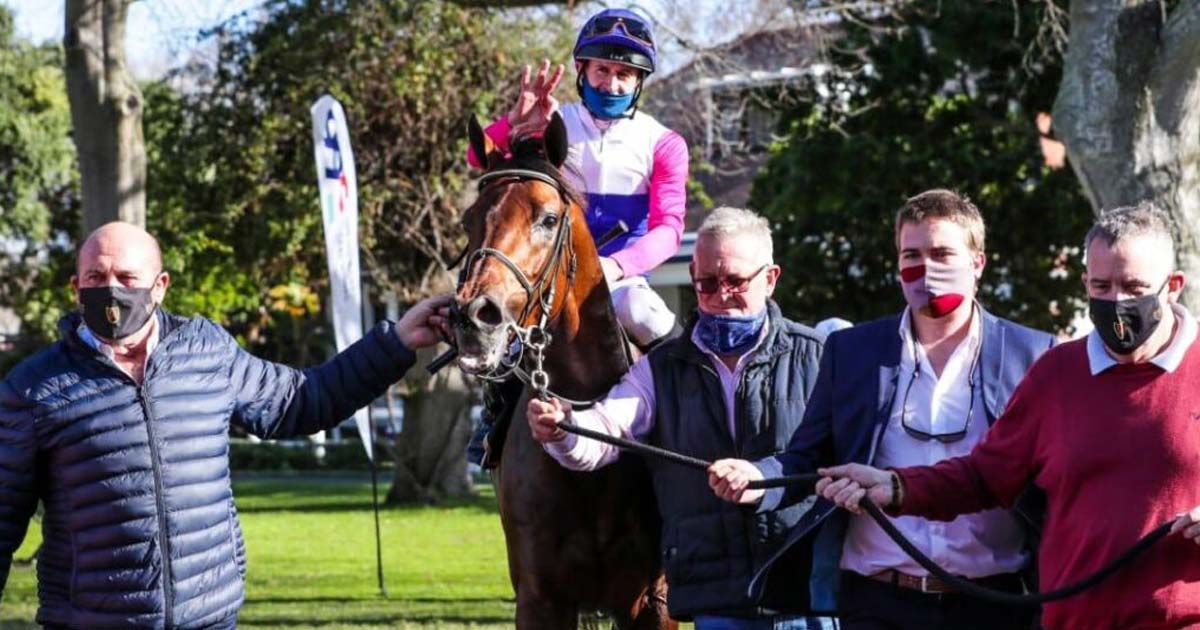 Veteran Milnerton trainer Piet Steyn put the cherry on the top of a crazy upside-down racing season when he produced the Potala Palace colt Katak in fighting trim at Kenilworth on Sunday to become only the third horse in history, and the only undefeated winner, to wear the Cape Winter Series Triple Crown.

Ridden by Bernard Fayd’herbe for the first time, Katak, who wears the famous Pocket Power flag, has gone from the relative zero of a surprise 1200m debut victory six months ago to the 2400m hero of the Winter Series pinnacle, the 99cents R125 000 Gr3 Pocket Power Stakes – and is unbeaten in five starts.

The undoubted fairytale horse of the South African horseracing season, Katak’s victory was as popular, and probably a lot more emotional for many, as fellow Capetonian Belgarion’s superb score in the Vodacom Durban July twenty-four hours earlier.

After facile wins in the first two legs of the series, there were many that felt that the Katak connections were stretching a point and going a bridge too far by taking their chances over the 2400m.

But he handled it like a true professional and after drifting to 8-10, his class carried the day for an effortless 2,25 length win in a time of 158,43 secs. The rest didn’t matter.

Trainer Piet Steyn, a half-share owner in Katak, looked relieved as he confirmed the easy victory. “This was probably a little far for him at this stage. He is still a big baby and he will be a different horse in six months time,” he said.

Jockey Bernard Fayd’herbe, who was the pilot of both past Winter Series winners Pocket Power and African Night Sky, said Katak was a ‘really easy and super impressive horse to ride’. “I gave him a click and he took the gap,” added the heavyweight jockey.

Both part-owners Bryn Ressell and Marsh Shirtliff were on track to celebrate an emotional climax to a season we’d all like to forget.

Katak has won five from five and has earned R309 375, excluding the series bonus, which was apparently reduced in line with the stake to R125,000. The Ridgemont Highlands-bred Katak was raised by Graham Koster and is a second crop son of Ridgemont Highlands’ Singspiel Gr1 winner Potala Palace. He is out the Windrush three time winner Sapphire Silk.

The victory rounded off a memorable weekend for the Ridgemont Highlands team and their stallions.