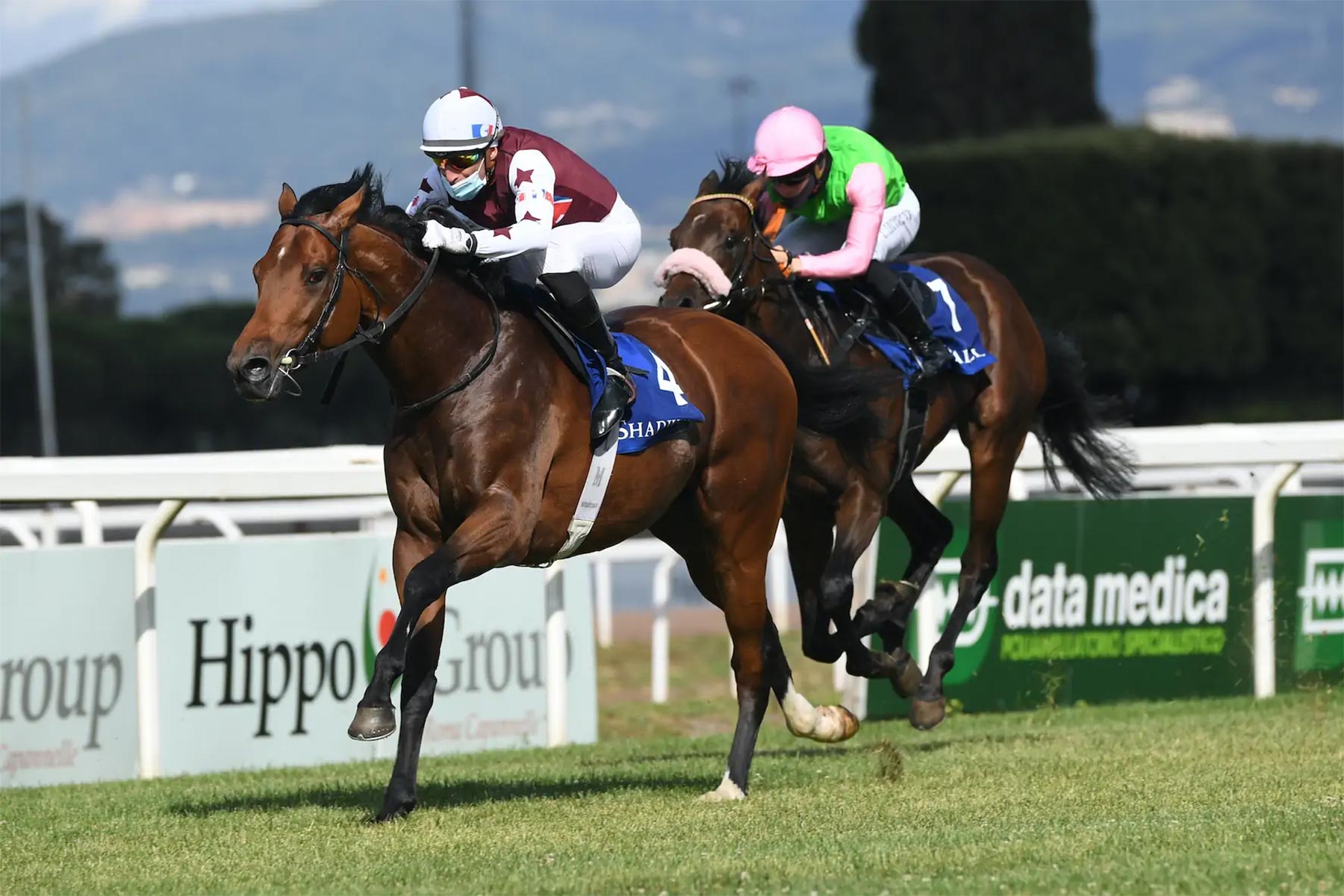 Showing smart ability on the soft ground, the Irish-bred Cima Emergency produced a promising effort under Gerald Mosse at just his second start when turning the tables on his debut conqueror and favourite, the Germain raider Rubaiyat, by 1,75 lengths.

Cima Emergency was returning from an eight month break after a good second in the Gran Criterium on debut at San Ciro over 1500m. Trainer Bruno Grizzetti is likely to target the Gr2 Italian Derby next. An international campaign could also be on the cards.

From the penultimate European crop of Canford Cliffs, and bred by Allevamento Le Gi Massimo Parri, the Scuderia Cocktail raced galloper is out of the Singspiel mare, Golden Song. The latter is a half-sister to Cocktail Queen (Motivator), winner of the Gr2 Grand Prix de Deauville and the Gr2 Prix Gontaut-Biron.

Golden Song has a yearling by Kodiac (Danehill) and a foal by Starspangledbanner (Select). She was covered by Lope de Vega (Shamardal) this year.

The winning sire, Canford Cliffs enjoyed a smart double in North America at the beginning of this month and has enjoyed winners all over the world.

Canford Cliffs first SA crop will be offered in 2021. A winner at Royal Ascot three years running, Canford Cliffs is currently sire of 38 black type horses and his progeny have already banked more than $22,000 000 in prize money.