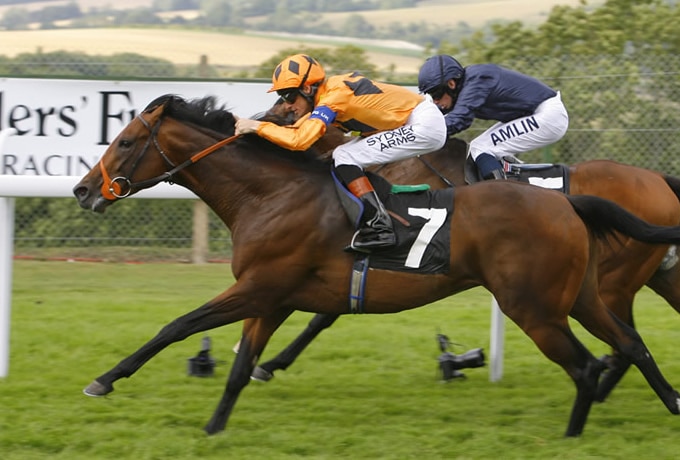 Highlands Stud part of Ridgemont’s resident sire Canford Cliffs could yet make major international news this year.
His top class son Salouen, who impressed when a game sixth (despite being stopped for a run) behind superstar Enable in Sunday’s G1 Qatar Prix de l’Arc de Triomphe, looks set to travel to the East later in the year.

His trainer Sylvester Kirk was pleased with his charge’s effort on Sunday and commented, “It was a fantastic runIt would just have been really good if he had got in the money. It’s terrible missing out on that, and would have felt a lot better.
“He ran a blinder. He could have even been fifth or better. He just missed the break and got too far back and got into traffic on the way through. He is on his way back home. He was wonderful , he’s eaten up and is happy. He was eating his hay when I left last night. He was fine after the race.”

Salouen, who was just touched off when a close second in the G1 Investec Coronation Cup earlier in the year, is now likely to be aimed at a major race in the East in 2018.

While a tilt at one of the major Hong Kong races could be on the cards, the 4yo has also received an invite to the prestigious G1 Japan Cup on November 25th.

Beaten less than four lengths by Enable on Saturday, Salouen has been placed in five group/stakes races this season, with his other notable efforts including a third place finish in the Grand Prix de Saint-Cloud and a fourth place finish in the G1 King George VI and Queen Elizabeth Stakes.

Now an earner of more than £420 000, Salouen accounted for a number of G1 winners when sixth in the Arc on Sunday –with his defeated rivals including the likes of St Leger hero Kew Gardens, Breeders’ Cup Turf hero Talismanic and G1 Prix du Jockey Club victor Study Of Man.

Himself a five time G1 winner, Canford Cliffs has also enjoyed group/graded success in 2018 with the likes of Princess Posh, Cliff’s Edge and Fish River.