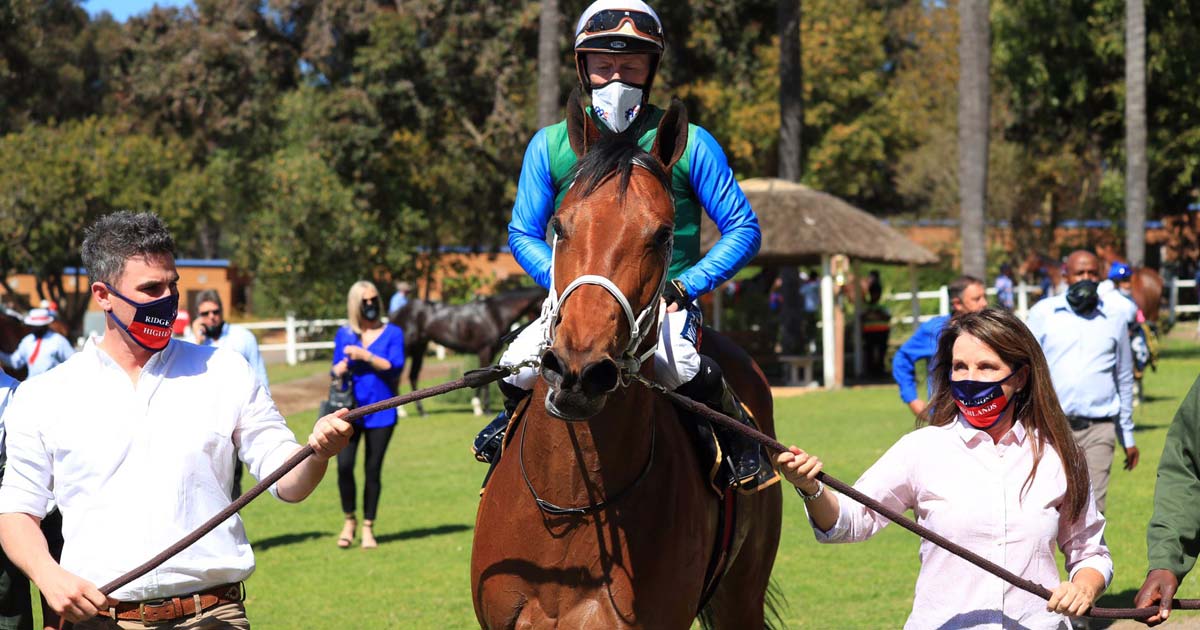 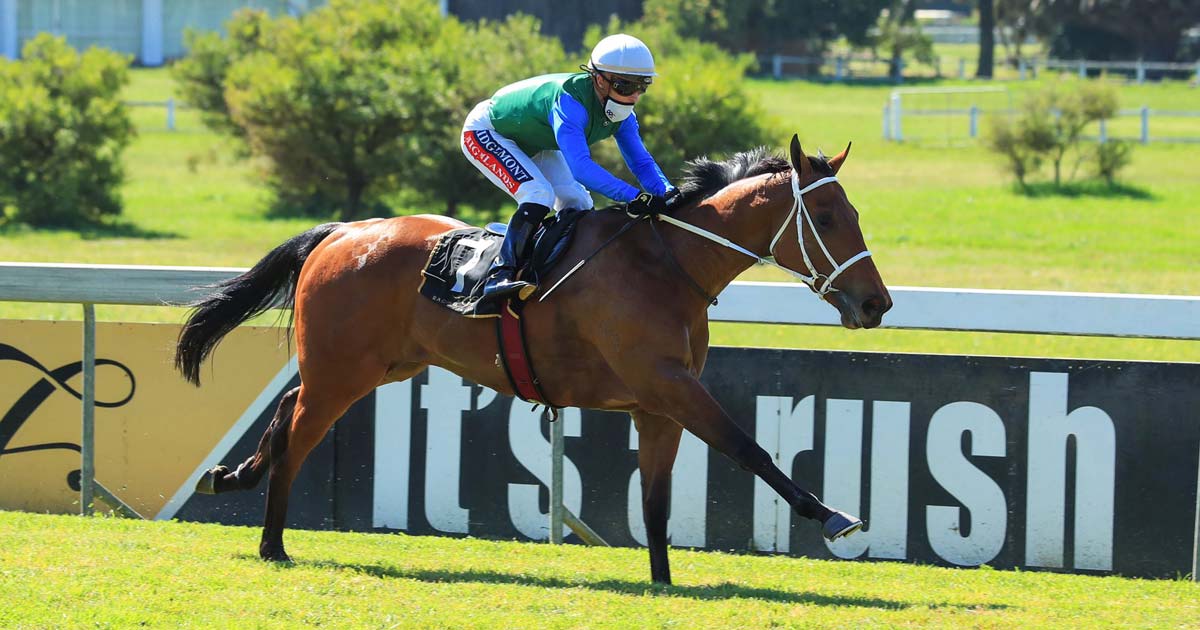 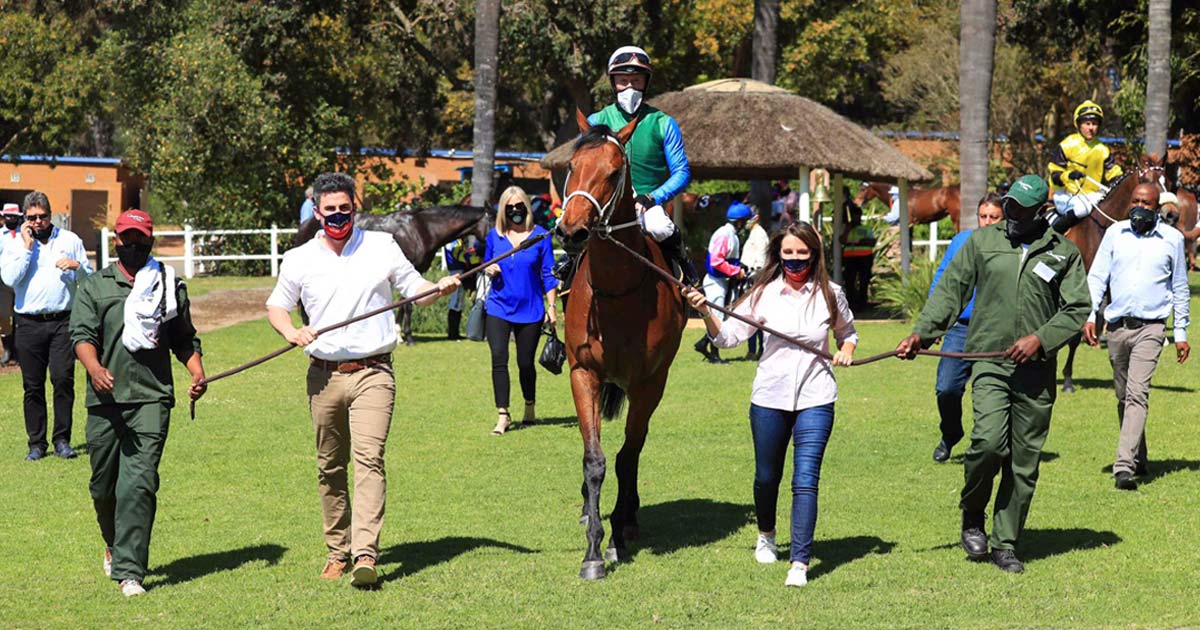 Press Statement filly Kitty Cat Chat has passed the first test on the road to a Group 1 assignment in South Africa.

The Ridgemont Highlands homebred filly Kitty Cat Chat showed unlimited potential winning a Durbanville maiden on debut on the 8th of September and her connections are already positively looking ahead to the Grade 1 Cape Fillies Guineas at Kenilworth in December.

Kitty Cat Chat (3f Press Statement – Kiwi Karma by Fast ‘N’ Famous) was purchased by the Kieswetter Family in utero in April 2017 and foaled down at Arrowfield Stud in the Hunter Valley.

“She’s a serious filly and was super-impressive last week,” Ridgemont Highlands’ Craig Kieswetter declared. “She’s pulled up well and we’re quietly confident she can keep winning to build her merit rating for the Guineas. We planned to let her settle first-up but she showed speed from the pens so Greg Cheyne let her run her own race. He’s good with the young ones and said she did it easily.”

The Kieswetter Family – Wayne and Belinda and their sons Craig and Ross – are key players in the South African Thoroughbred industry and they won the 2018 Cape Fillies Guineas with Front And Centre (Dynasty).

“We’ve just retired Front And Centre and she will be a tremendous addition to our broodmare band. The Guineas and other Group 1 events like the Paddock Stakes and Majorca Stakes are the races we target for our fillies and mares. We have a fantastic stallion roster with Canford Cliffs, Rafeef, Jackson and Potala Palace – and Front And Centre will visit Canford Cliffs for her first season.”

The Kieswetters also own Barnane Stud in County Tipperary and Kitty Cat Chat’s dam, Kiwi Karma (NZ), is about to be covered in Ireland. “She’s a cracking mare and will be bred to southern hemisphere time so we can race the foal in South Africa, and as things stand we are thinking along the lines of Zoffany or Mastercraftsman.” Craig revealed. “Hopefully, Kitty Cat Chat can add more black-type to her page.”

Barnane Stud is also home to Urban Fox (Foxwedge) who carried the Kieswetter Family’s Irish colours to a Group 1 victory in 2018 Pretty Polly Stakes at the Curragh. Her maiden cover was to Dubawi and by all accounts she’s had a cracking first foal.

Craig Kieswetter’s name should ring a bell with cricket fans. He played for Somerset and England and was Man of the Match when England defeated Australia in the 2010 World Cup Final in Barbados.