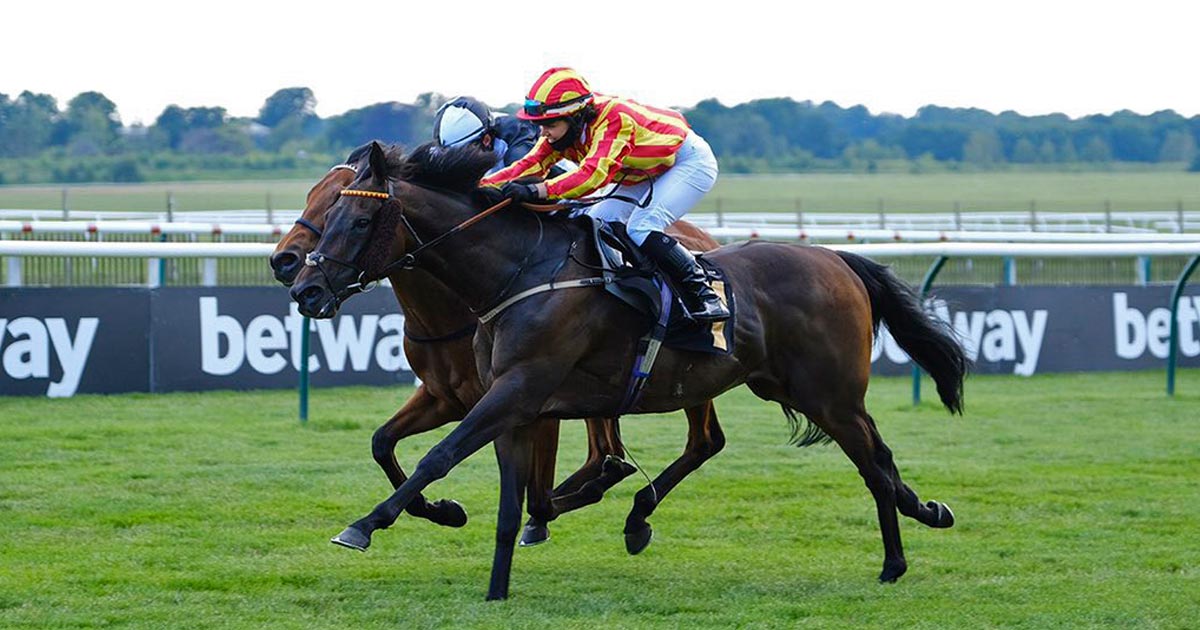 Miss Boni can boast a winner at Newmarket on her CV after steering Wimpole Hall to a first victory in more than six months in the Play 4 To Score At Betway Handicap. The 22-year-old Italian celebrated her second success of the season, to match her total from last year aboard the Canford Cliffs gelding for her boss, William Jarvis.

Anchoring the 9-1 chance at the rear of the field for much of the 2000m race,  the 7lb claimer kept a calm head before getting the better of William Buick aboard Songkran by a head.

Boni said: “I was very keen to get the same amount of winners as last year, so this is good for me to have the same number at the moment. Hopefully I can keep the ball rolling.” On the winner, she added: “I was pretty confident when I got a lead as he relaxed in behind, so I knew he was going to have a good chance. I then moved him out wide and tried to stay there.”

Wimpole Hall has now won six races and is out of the Lujain mare, Sparkling Eyes. His sire Canford Cliffs’ first SA crop will be offered in 2021.

A winner at Royal Ascot three years running, Canford Cliffs is currently the sire of 38 black type horses and his progeny have banked close on $23 million in prize money.

People remember that I couldn't speak English at all when I came at Newmarket in 2018. Happy to got my first interview with @RacingTV and @LydiaHislop. THANKS to all of you spent time to work on me with patience to improve my English🥂💯 Full video on FB OR INSTA at boni_gaia. pic.twitter.com/YUFjSKbJYz

Top-class filly Pretty Young Thing has been retired to stud, and will join Ridgemont Highlands’ growing band of top-class mares.

There are high hopes for the unbeaten Jin Jin, a daughter of Ridgemont Highlands’ five time G1 winning stallion Canford Cliffs, who will be aimed towards one of Europe’s most prestigious races for fillies and mares -the G1 Prix Rothschild at Deauville.