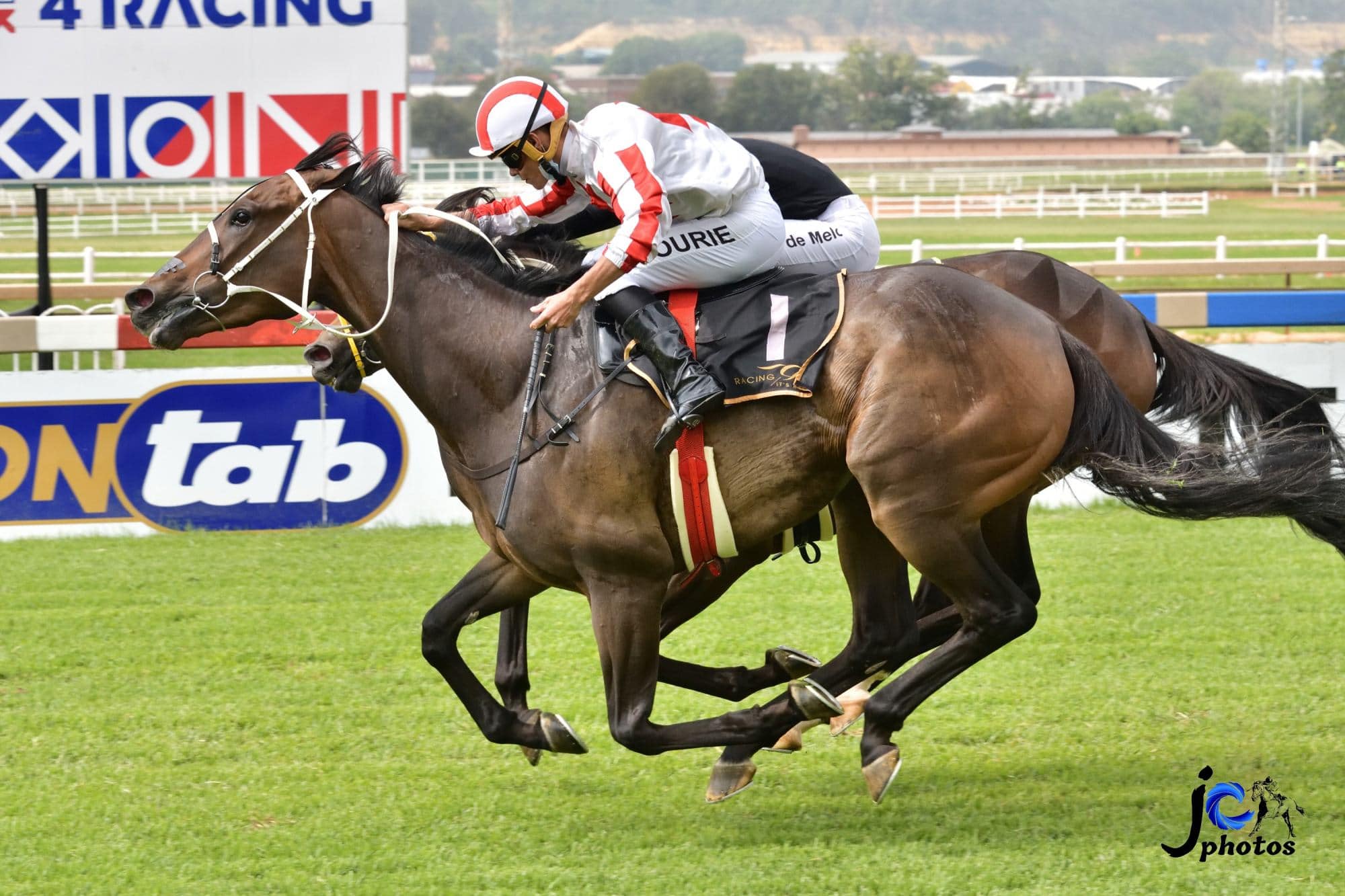 The Sea Cottage Stakes proved a triumph for former champion trainer Mike De Kock, with De Kock saddling not only the winner but also runner up Clafoutis.

A well backed favourite after finishing a cracking third in the G2 World Sports Betting Dingaans last time out, Aragosta was given a patient ride by visiting Cape rider Richard Fourie.

The latter dropped his mount out to the back of the field, as the lightly raced Shining Armour set out to make a strong gallop, with Clafoutis racing back in second.

The front runner quickly dropped out of contention as the field turned for home, as Clafoutis hit the front a long way from home.

The Flower Alley daughter looked hard to beat 300m from home, but Fourie coaxed a tremendous finish from Aragosta, and the latter got up in the shadow of the post to score by a neck.

The gelding, a R220 000 buy from the 2020 National Yearling Sale, is out of the Galileo mare Miss Galidora -a half-sister to French classic winner, and successful sire, Clodovil.

The next opportunity to secure you own Rafeef comes up at the 2022 Cape Premier Yearling Sale, where he will have six on offer.

Lot 121 – out of a three time winning half-sister to G1 winners Front And Centre and Potala Palace, this filly is a half-sister to four winners including G3 Final Fling Stakes runner up Fortune Flies

Lot 136 – this filly, whose third dam is French G1 winner Seeking The Pearl, is out of a winning daughter of champion sire and emerging broodmare sire Trippi

Lot 147 – this colt hails from the same female line as international champions Ajdal, Arazi and Noverre