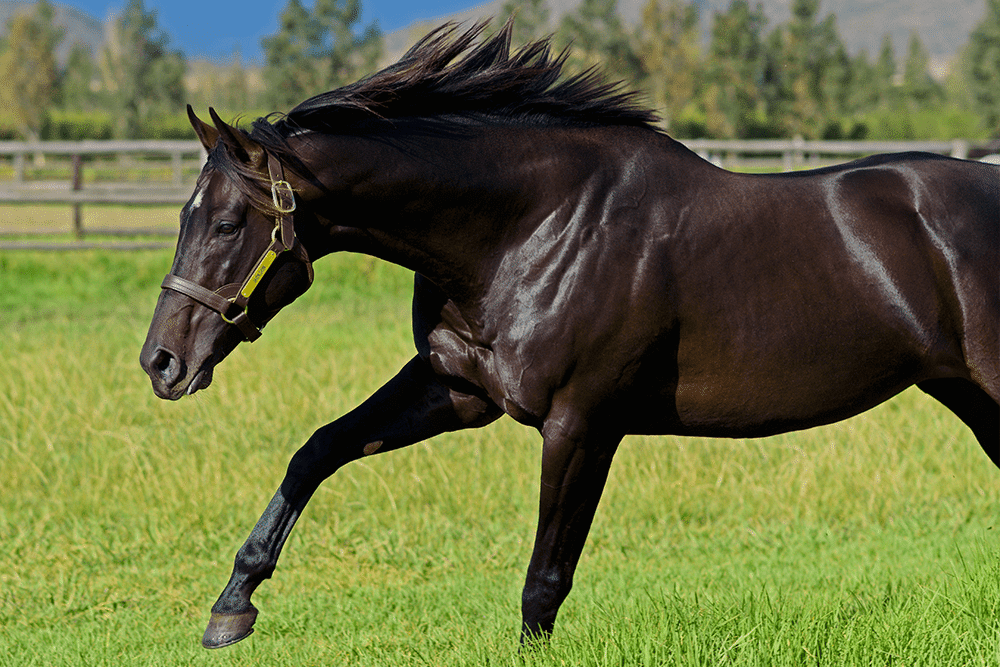 Ridgemont Highlands’ in-form sire Jackson continued to enjoy success over the weekend, with the son of four times Equus Outstanding Stallion Dynasty responsible for a pair of winners on Friday.

The Ridgemont resident enjoyed a 100% strike rate on Friday, with Miss Jacksonville and Down To Earth the sire’s only representatives on the day.

Jackson’s first success on Friday came when his three-year-old daughter Miss Jacksonvillle won the last race at Fairview on Friday.

One of five winners on the day for the combination of Alan Greeff and Greg Cheyne, the Danika Stud bred Miss Jacksonville justified favouritism with a smooth performance.

The filly came from the back of the field to get up and score over 1400m by a length and a half while accounting for some older male rivals.

Miss Jacksonville, now a three time winner, has now won two in a row, having scored over 1600m at her previous start.

Her sire Jackson also enjoyed success at Hollywoodbets Greyville on Friday evening, when his daughter Down To Earth romped home over 1600m for trainer Gavin Van Zyl and jockey Keagan De Melo. One of four winners on the night for her rider, the Cheveley Stud bred filly has now won two in a row and two of only five starts.

Jackson, who won all of the G1 Investec Cape Derby, G1 Daily News 2000 and G1 Champions Cup during his illustrious career, is set to be well represented in Saturday’s G1 World Sports Betting Cape Fillies Guineas. His classy daughter Pretty Young Thing, runner up in the G2 Western Cape Fillies Championship last time out, is one of two Jackson daughters set to contest the 2019 Cape Fillies Guineas, with the sire’s Flame Tree also a runner in Saturday’s R1 000 000 classic.

Jackson, whose outstanding close relative Smart Strike is the sire of recent G1 Clark Stakes winner Tom’s D’Etat, has a single lot on offer at the 2020 Cape Premier Yearling Sale.