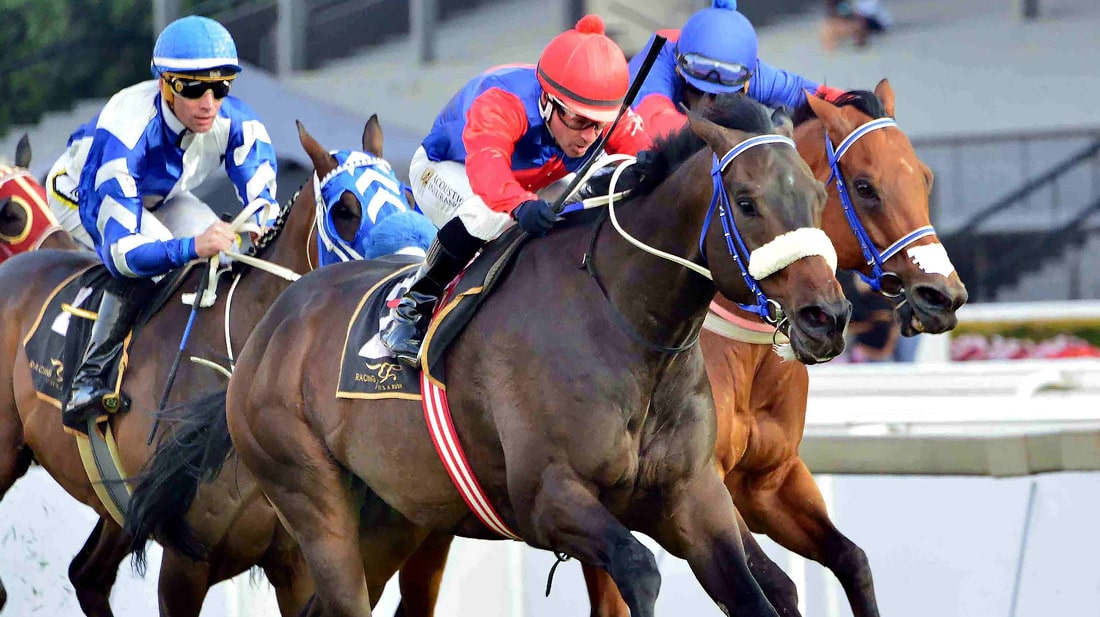 The gelding registered his fifth successive victory with a dazzling display of guts and speed to lift the honours in the R200 000 Gr3 Tommy Hotspur Handicap at Turffontein on Wednesday.

Bloodstock South Africa could not have scripted a better mobile advert for their Cape Yearling Sale on 28 February. Mr Flood cost just R50 000 on the great value regional sale in 2017, and took his earnings to over the half million mark at only his eighth start.

And it was just six weeks ago that the classy 4yo returned from a 417 day break to win the R200 000 Gr3 Lebelo Sprint at the same venue. He had been rested after dual knee chip operations, and made it a return hat-trick with his terrific victory here.

Regular pilot Marco van Rensburg, fresh off a double at Fairview 24 hours earlier, had Mr Flood flashing his natural speed early on as the filly Fly Away, her stablemate Chief Of State, and Gimme A Wave, led the charge.

At the 300m it was clear that Mr Flood (5-4) was spewing venom, and despite a late charge from off the speed by Sean Tarry’s 8yo Mombela (25-1), there was no stopping the Houdalakis flyer who galloped all the way to the post to win by half a length in a nippy 56,58 secs.

The rest were well beaten, with the Spies runner Basilius unfortunately pulled out of the race just before halfway.

The Cape based Irish champion Pathfork was...
Read More