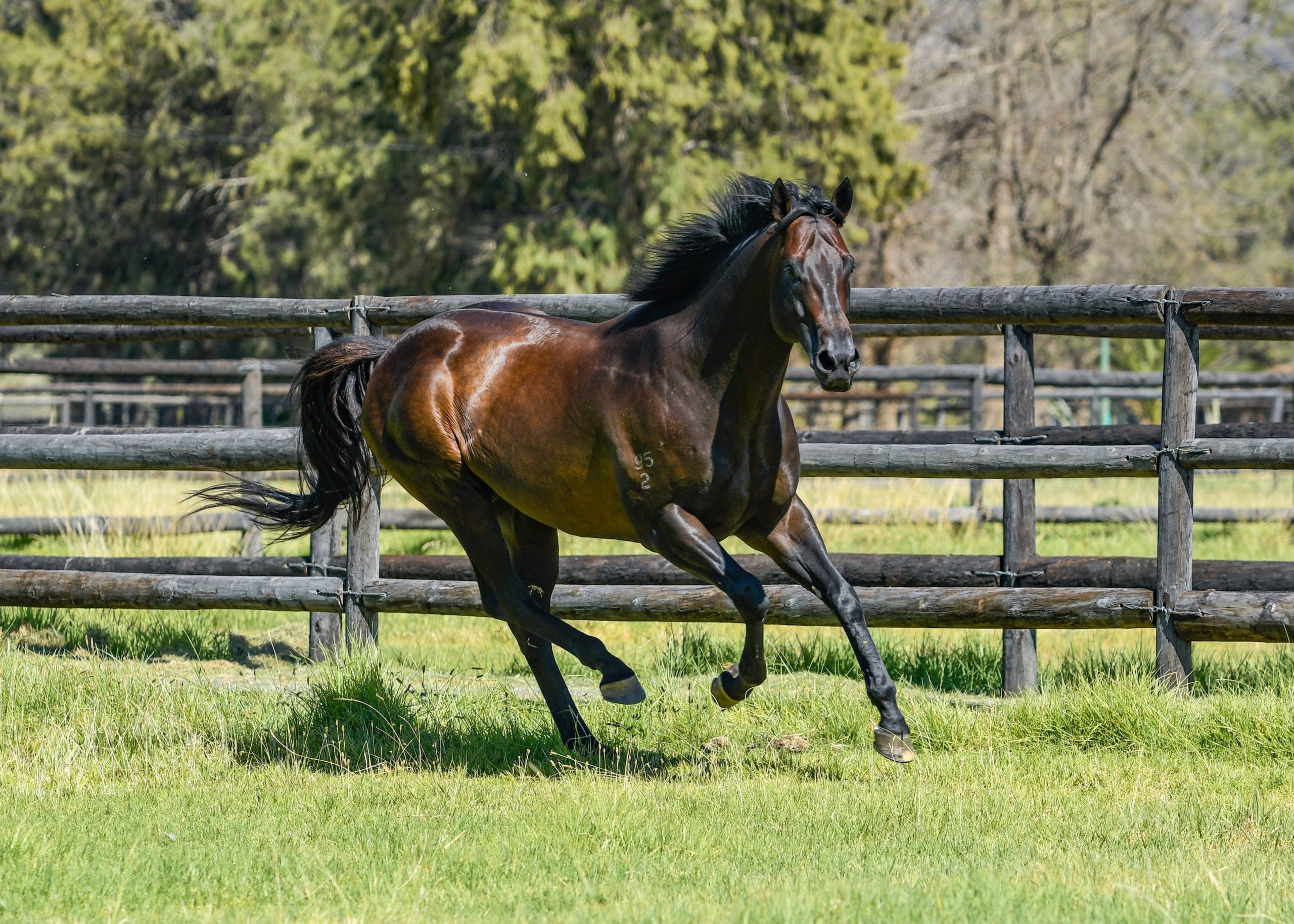 Ridgemont Highlands’ top-class young stallion Rafeef has had a wonderful week this past few days, with the son of Redoute’s Choice supplying five winners in the past three days!

South Africa’s Leading First Season Sire of 2020-2021, Rafeef made headlines at Kenilworth on Monday when his two-year-old daughter Who Do You Love (below) stormed home to make a winning debut over 1000 metres.

Trained by Candice Bass-Robinson, Who Do You Love stamped herself a filly to watch when landing Monday’s first race by an emphatic two and a half lengths.

Bred by the Narrow Creek Stud, Who Do You Love (a R200 000 buy from the 2021 National Yearling Sale) joins the likes of Saturday’s G3 Kenilworth Fillies Nursery hopeful Spywing as an exciting two-year-old representing Rafeef this season.

Fourth on her only previous start, the Ashley Fortune trained Special Variety (below) made amends for her debut defeat when storming home to shed her maiden over 1000m with a half length score.

Bred by Ridgemont Highlands, three-year-old Special Variety is out of the Var mare Variety Star and she is clearly bred to be very quick indeed.

Rafeef is also the sire of another talented year-old in the form of Cleaver Greene.

The latter made it two wins, from two starts, when scoring a courageous win at the Vaal on Tuesday.

The gelded son of Rafeef, and four and a quarter length debut winner, was bred by Haras Del Carmo, and Cleaver Greene looks yet another classy prospect to have emerged from Rafeef’s first crop.

Remarkably, Rafeef had another pair of winners at Hollywoodbets Scottsville on Wednesday, with the stallion’s son Napoleon victorious in Wednesday’s fifth race and daughter October Song triumphant in the eighth race.

The handsome Napoleon got off the mark in impressive fashion when the three-year-old son of Rafeef romped home to score by Online Form Guide www.gallop.co.za Maiden Plate over 1750m.

Trained by Justin Snaith, Napoleon, under the urgings of the Ridgemont Highlands sponsored Anton Marcus, ran off to win by nearly a length and a half, with the gelding having finished either second or third in his last three starts.

Rafeef is also the sire of the talented, Michael Miller trained filly October Song. The latter provided her inform sire with his fifth win in the past three days when running out a game winner of Wednesday’s www.galloptv.co.za FM 82 Handicap (1200m).

Bred by Tinus Gericke, October Song has now won two of just five starts and she should build on Wednesday’s win.

Without doubt one of South Africa’s hottest young stallions, Rafeef has three lots on offer at Sunday’s Cape Yearling Sale.