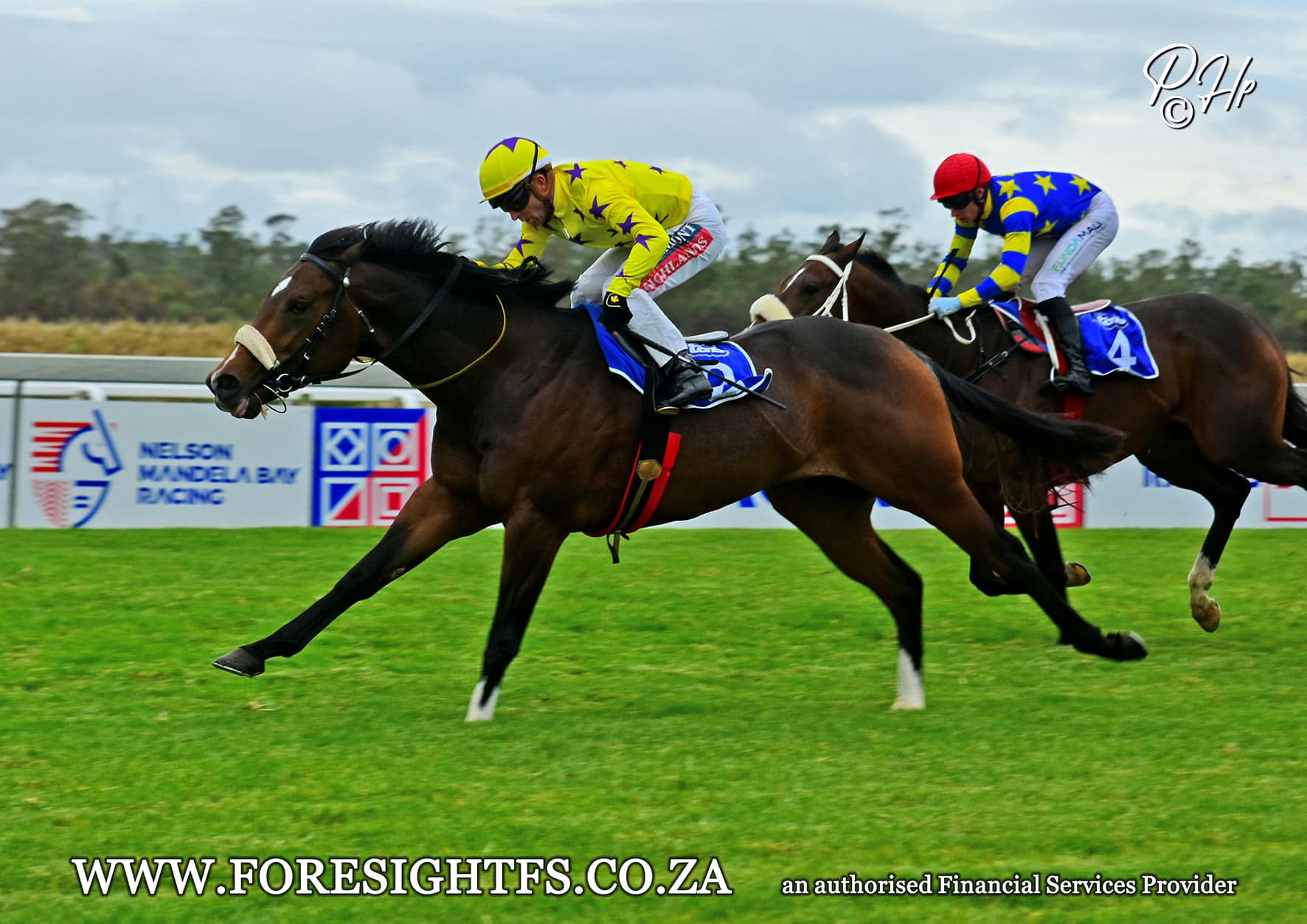 The Ridgemont Highlands bred colt, an impressive winner of the Listed City Of Cape Town Summer Juvenile Stakes two starts back, made amends for a surprise defeat last time out with a flawless performance in Friday’s contest.

Under Greg Cheyne, Cliff Top relished a change in tactics for Friday’s feature, with Cheyne producing his charge with a strong late flourish which saw the pair get up to win by a length and a quarter.

“He came out with a reputation and after winning the Listed Summer Juvenile Stakes at Kenilworth on Met day with a  front-running performance, he had ‘burnt no cherries’ when green that day. Back on home ground last time, he overraced and used up all of his energy. Today I gave him a chance and he ran on and delivered like I expected. Well done to Alan and his team – and to Hollywood and my sponsors Ridgemont Highlands on their partnership. This was an important win and he showed us that he is as good as we believe he is,” added Cheyne.

Trained by Alan Greeff, Cliff Top cemented his position as the top two-year-old colt trained in the Eastern Cape with his victory on Friday.

Now a two time winner (both wins coming in Listed races) from just four starts, Cliff Top is out of the Western Winter mare Baqueira, and could now be targeted towards the G1 Gold Medallion at for Hollywoodbets Scottsville in June.

His Irish classic winning sire Canford Cliffs has made a fine start with his first South African bred and born two-year-olds this season, with the son of Tagula also responsible for this season’s impressive debut winners Body Electric and I Am Regal.

“To have achieved 16% stakes winners to runners here in South Africa, with four black type winners from just 25 runners, it has clearly highlighted Canford Cliffs as a stallion with enormous potential,” stated Craig Carey.

“Having received significant support from many of South African’s leading breeders, we’re over-joyed with the results achieved so far, especially with the promise of more to come as we head towards the commencement of the breeding season in a few months time.”