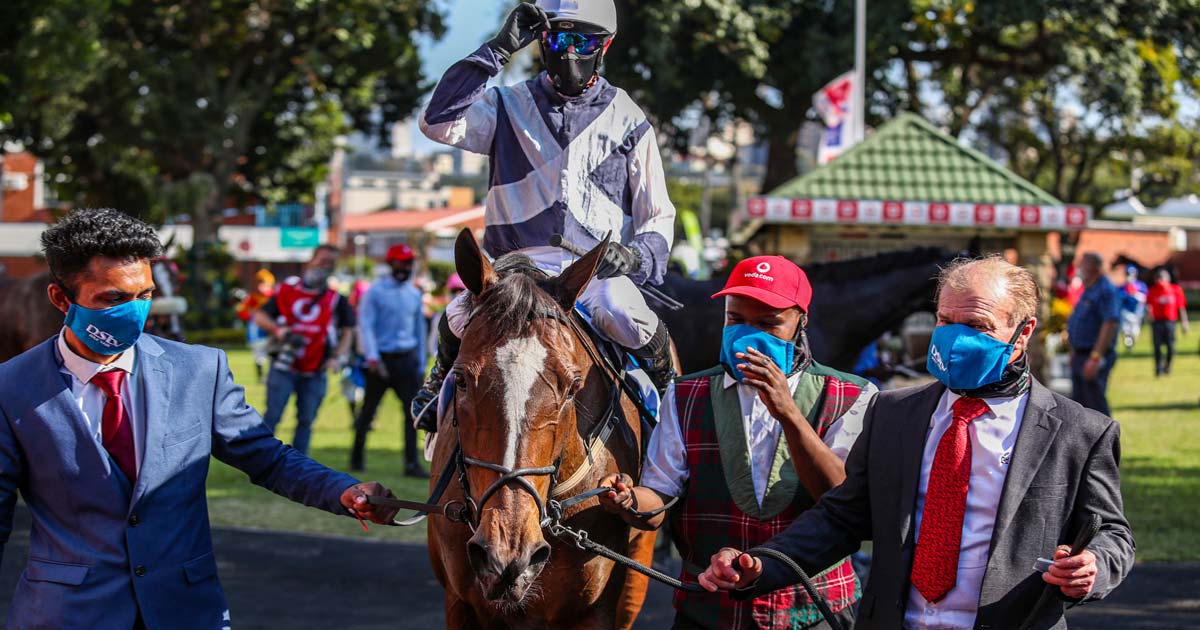 Formerly trained by Joey Ramsden, the now Brett Crawford handled mare was sent off a 35-4 shot for Saturday’s marathon race, with Dynasty’s Blossom making just her second start since in February in the 2020 Gold Vase.

The R125,000 race always had a wide-open look to it, and it was the consistent Gauteng raider Factor Fifty who eventually started the 73-20 tote favourite. Kenilworth Cup runner up Swift Surprise went out to make the running, before Shenanigans made a bold move from the back of the field to take over and he went on to make the pace. Shenanigans’ stablemate Before Noon (10-1) hit the front 300m from home, and looked home and hosed, before Dynasty’s Blossom, under a superbly timed ride from Warren Kennedy, charged home and went on to score by a short head.

Before Noon, game back in second, did his future Gold Cup prospects no harm in second, and finished just under three-parts of a length clear of a fast finishing Dark Moon Rising (11-1) who caught the eye by storming home for third spot.

It was a tremendous win from Dynasty’s Blossom, who had a wide draw of 12 to overcome and who conceded 6kgs to the runner up, and the Dynasty mare stopped the clock in a time of 194.79. Dynasty’s Blossom, who was picking up her first win since landing the 2019 Gold Cup, has now won four of 27 starts for earnings of R1 275 175.