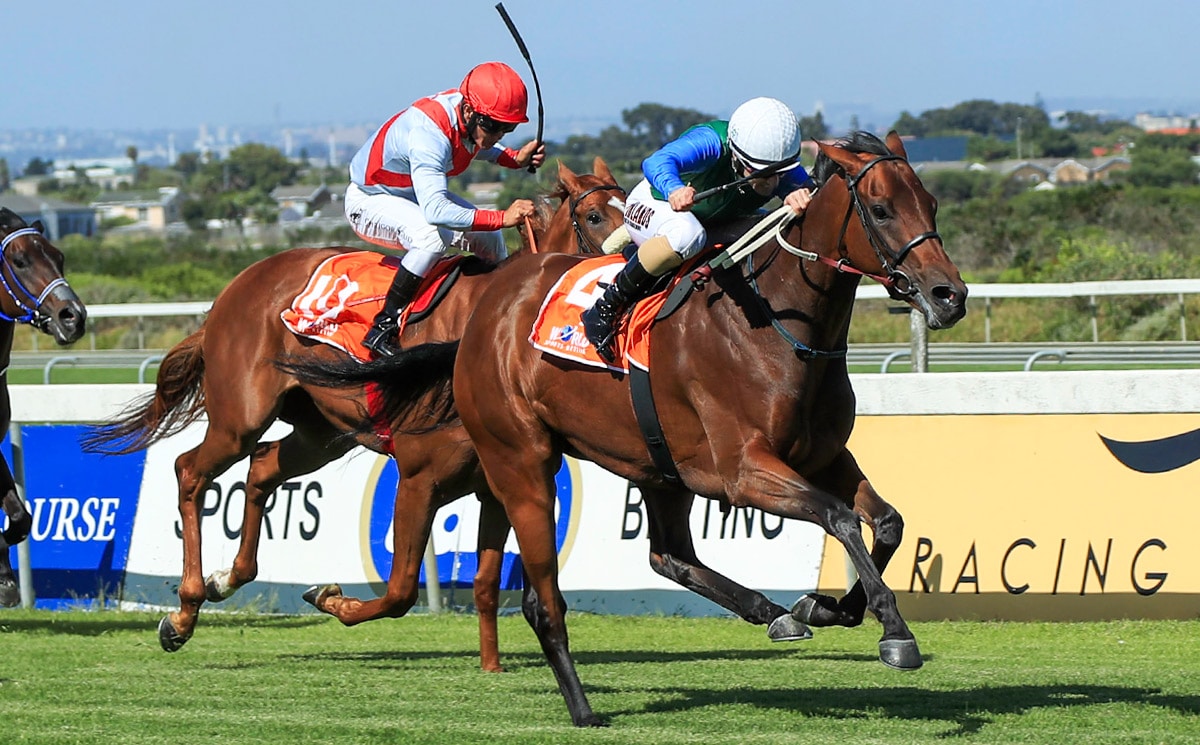 Brilliant four-year-old Front And Centre, a Dynasty half-sister to Ridgemont Highlands’ promising stallion Potala Palace, showed her class when running out a convincing winner of the G3 Diana Stakes at Durbanville on Saturday.

Trained by Brett Crawford, and ridden to victory by Greg Cheyne, the Ridgemont Highlands bred and owned Front And Centre tracked the front running Helen’s Ideal in Saturday’s G3 contest, and when asked the question, the filly bounded clear to post a deceptively easy half length win – despite having been off the track since July.

Now a winner of five of only nine starts, Front And Centre had won last season’s G1 World Sports Betting Fillies Guineas impressively (when accounting for subsequent G1 winners Silvano’s Pride and Clouds Unfold), and her latest victory took the filly’s earnings to over R1.3 million.