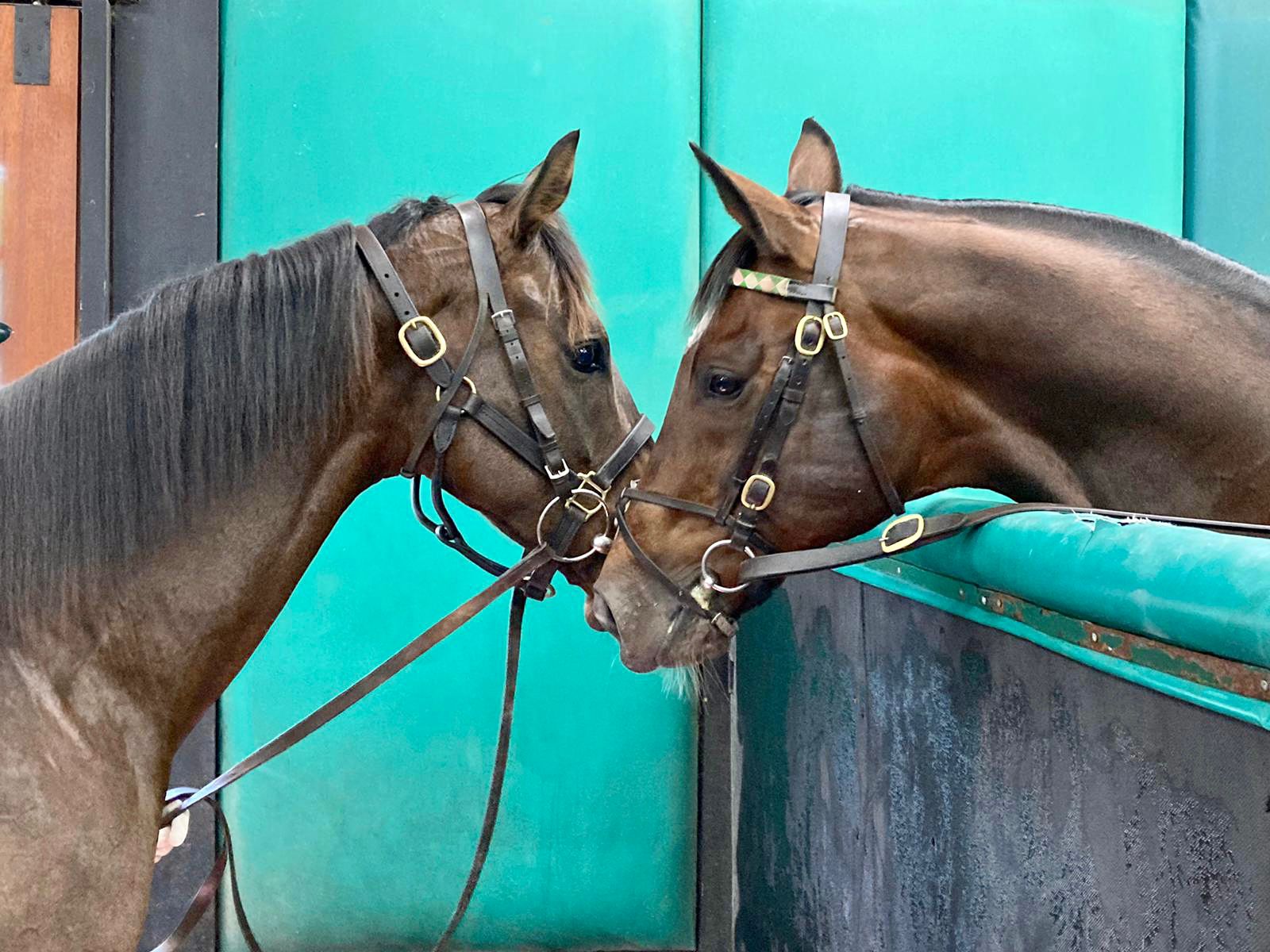 The daughter of Foxwedge paid a visit to Juddmonte Farms’ unbeaten superstar, and outstanding stallion, Frankel, for a mating to Southern Hemisphere time on Wednesday.

The lightning-fast Australian-bred mare won eight of just 11 starts, never out of the first four, for earnings of R1 140 350.

Trained by Brett Crawford throughout her career, the Philippi-based trainer held Run Fox Run in high regard.

“With loads of talent, obviously she was a very good filly, who was exceptionally fast. She had tonnes of ability and I have the utmost regard for her as one of the better fillies I have ever trained.”

Run Fox Run joined a list of outstanding sprinters when she defeated a superb field to land the 2021 G1 Cape Flying Championship, with previous standouts to have won the Cape Flying Championship including the likes of Jet Master, Carry On Alice, Flobayou, Via Africa (dam of the hugely promising Australian colt In The Congo), What A Winter, and Sentinel. 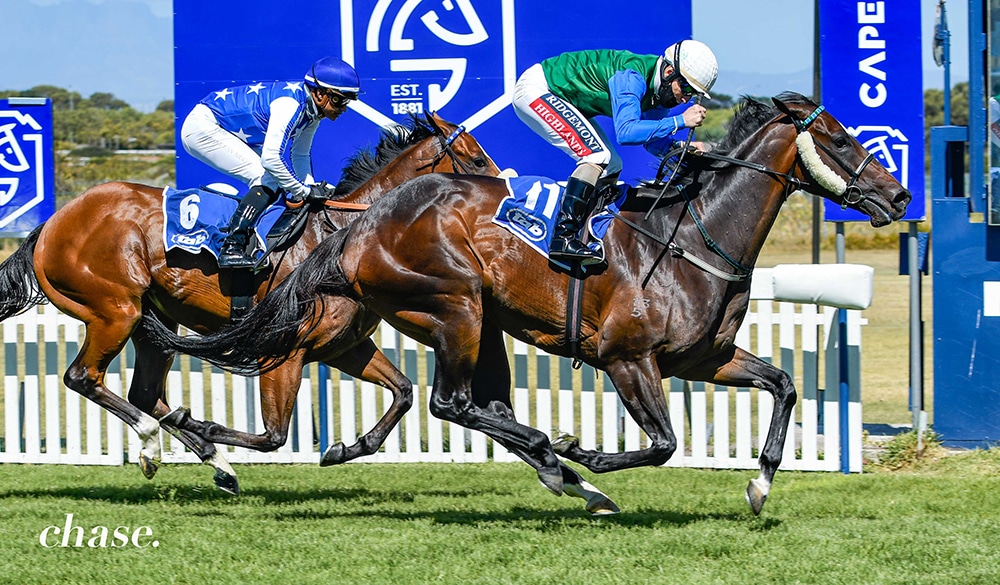 She would go on to end her career with a three-parts of a length win in the 2021 Cape Flying Championship, accounting for eight G1 winners including Celtic Sea, Rio Querari, Tempting Fate, Kasimir and Russet Air.

Riden by Anton Marucs in six of her eight career wins, the Champion jockey was effusive in his praise of speedster.

“Run Fox Run was potentially one of the best sprinters I have ever sat on and I’m of the opinion that she was only starting to realise her full potential and that was proven when she toyed with her opposition in her last win,” stated Marcus.

The highest rated runner in Timeform history, Frankel went unbeaten in 14 starts (including ten at G1 level), with his memorable victories including a six-length romp in the 2011 G1 Qipco 2000 Guineas, an 11-length demolition job of the 2012 G1 Queen Anne Stakes field, and a seventh length score in the 2012 G1 Juddmonte International. 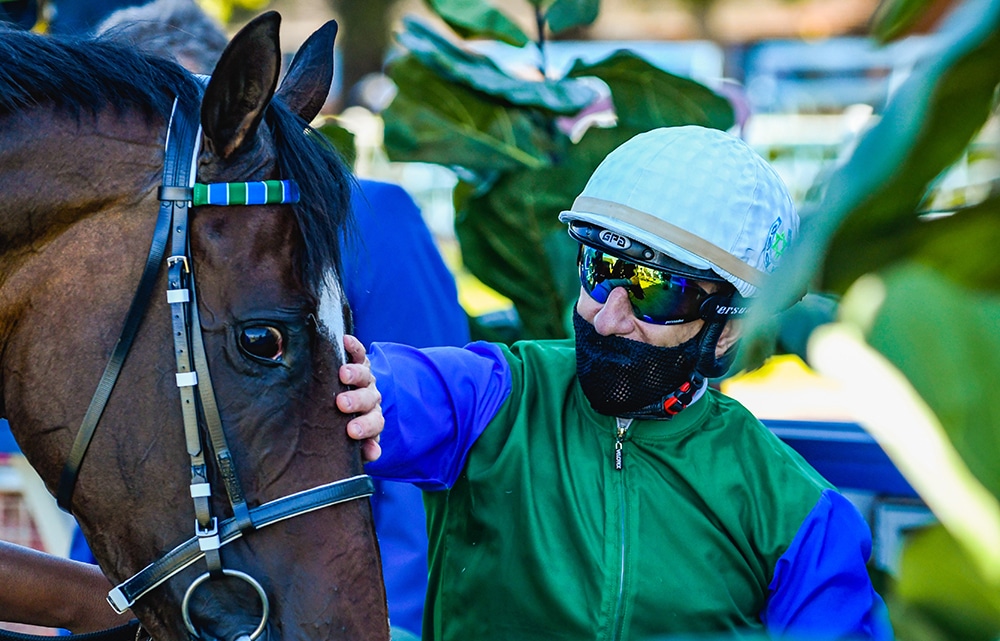 Ridgemont Highlands’ Craig Carey has always been a fan of the daughter of Foxwedge since the day he first saw her.

“Run For Run was a star from the day we laid eyes on her, and I hope she passes on her ability to her offspring. We are very lucky to be able to use the incredible sire Frankel for a Southern Hemisphere cover.”

“As the old saying goes in breeding racehorses, you send the best to the best and hope for the best. This is definitely the case with this mating.”

“She is arguable one of the fastest fillies in the world and combined with the blood of one of the greatest racehorses we have ever seen, let’s hope that the stars align, and we see something very special from this combination.” 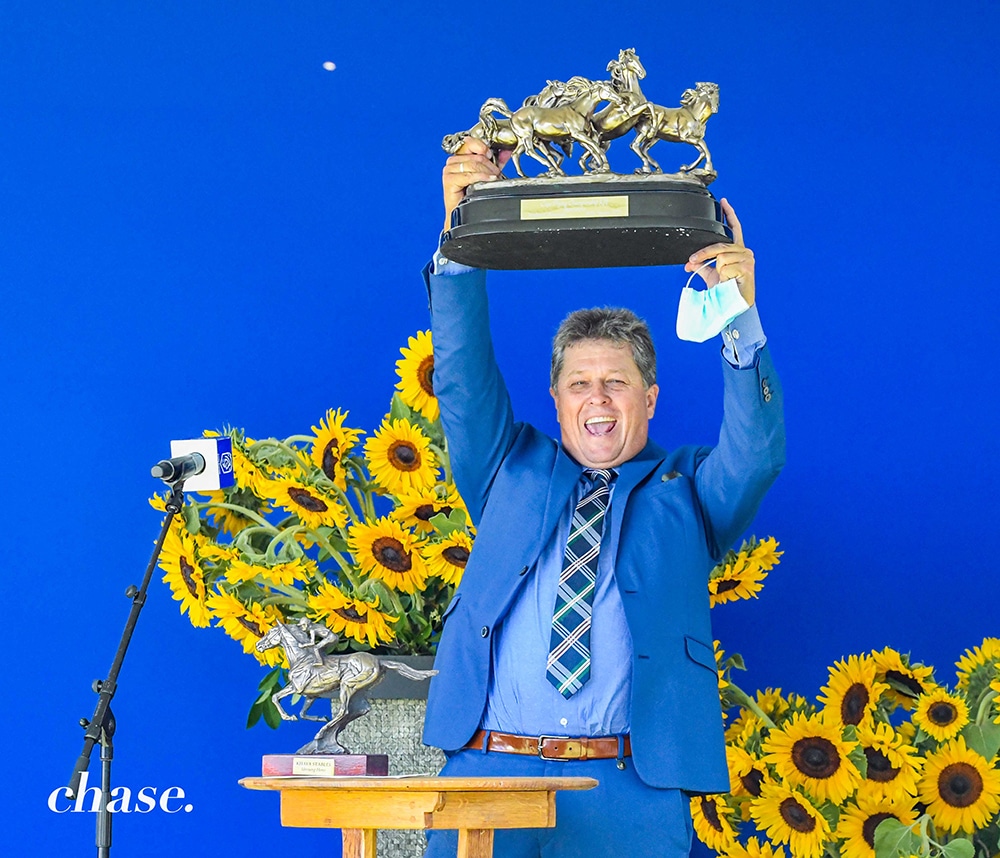 Trainer Brett Crawford Was Adamant She Was One Of The Best  He Had Trained  | Image: Chase Liebenberg

Since retiring to stud, Frankel has proved a revelation, with the outstanding son of Galileo already the sire of 78 black type winners of which 18 are G1 winners, and recently become the fastest stallion in history to record 50 Group winners.

Frankel has now strong claims to being the very best sire son of the late, great Galileo, who sadly died earlier this year.

With no decision currently made on where the progeny of this mating would race, if a return to South Africa was on the cards, then it would be an extremely exciting times for all involved.

“To have progeny the quality of the mating between Frankel and Run Fox Run possibly in South Africa in the years to come would be an absolute privilege,” said Marcus.

With Crawford clearly excited if the future prospect was to race in South Africa, the possibility to add to the local gene pool in this country would be a bonus.

“I think it is very exciting that she is now overseas and that she has been covered by one of the best stallions in the world. It is really exciting for Ridgemont Highlands, their farm and obviously for the future bloodlines down the line for South African racing.” 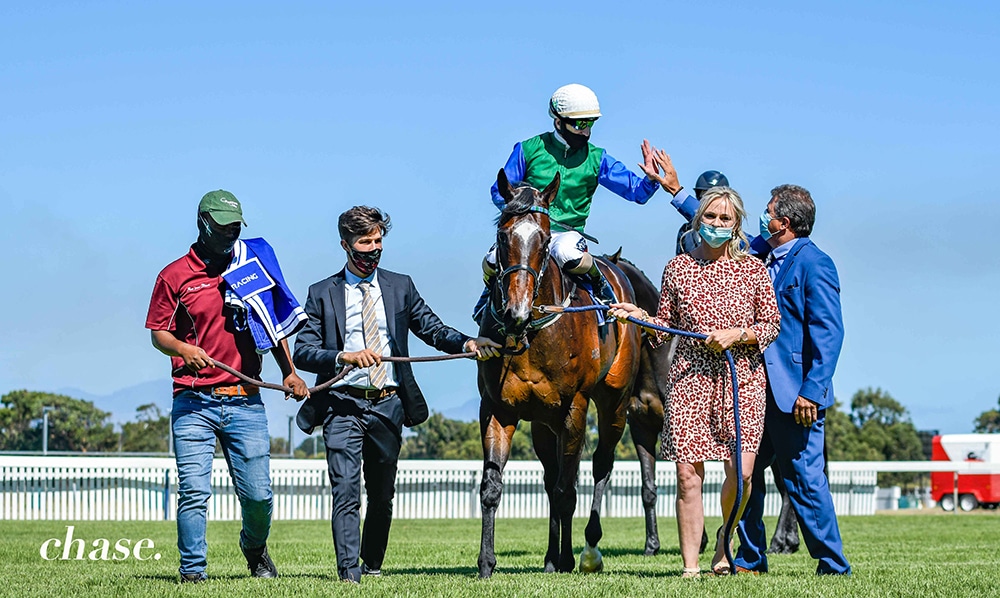 High Fives All Round On A Stellar Race Career  | Image: Chase Liebenberg