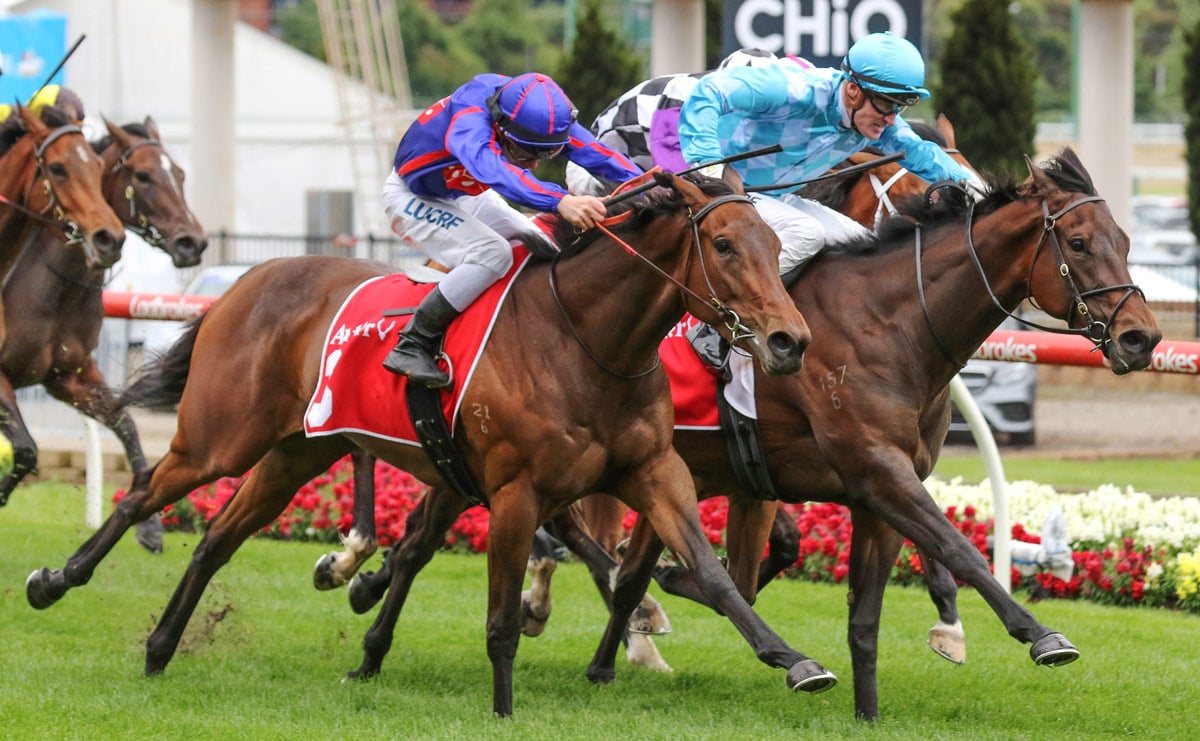 The judge could not separate the Ciaron Maher & David Eustace-trained Fasino and the Henry Dwyer-trained La Falaise.

Fascino, under Mark Zahra, looked set to tough out a narrow win however La Falaise under Ben Melham made a late dive to share the spoils

While the Charm Spirit filly Fascino was the most expensive filly in the field have been purchased by Ciaron Maher Bloodstock / Waterford Bloodstock for A$400,000 out of the Windsor Park draft out of Book 1 of the 2018 Karaka Yearling Sale, the Canford Cliffs filly La Falaise came from the other end of the spectrum being bargain-basement A$5,000 purchase by Forest Lodge Racing from the Blue Gum Farm draft at the 2018 VOBIS Gold Yearling Sale.

“She’s very fine and light so with a bit of sun on her back over the spring and early summer she’s going to be a beautiful filly in the autumn,” he said.

Ciaron Maher said they will consider next Saturday’s Wakeful Stakes (2000m) for Fascino.

“She never struck me as a horse that will stay but three-year-olds, if they are in form, can race over distances further than their best if they’re in good order,” Maher said.

The best of two winners from as many foals for the stakes-winning Exceed And Excel mare Exceedingly French, La Falaise becomes the 14th stakes-winner for Cape-based Canford Cliffs (IRE).

Ridgemont Highlands’ Amanda Carey is available on 082 465 4020 or on email at amanda@ridgemont.co.za to discuss bookings and related arrangements.