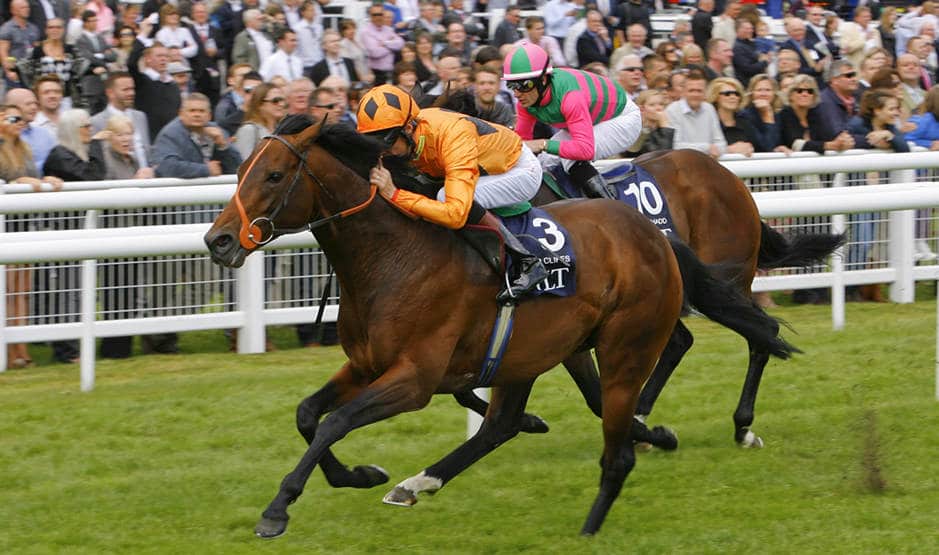 Ridgemont Highlands’ five time G1 winning sire Canford Cliffs has made a big impression with his first South African foals, which are currently now arriving at many of South Africa’s top farms.

Hendrik says of this filly, “She looked like she was 3 days old when she arrived! She is leggy, with decent bone, and is very correct. A filly who is very athletic, she has a great hind quarter on her.” Schippers’ lovely half-sister is boarded at the Winterbach Stud. Black Swan Stud’s Walter and Fran Cowe also have a smart looking Canford Cliffs foal. This colt foal, who is out of an imported daughter of Coolmore’s very successful Mastercraftsman, is described by Fran as “strong, and a nice-sized individual, who is correct and beautifully put together. I’d be hard pushed to fault him.”

Gary and Jackie Joliffe also have a impressive daughter of Canford Cliffs. Jackie describes their filly (who is out of the In The Wings mare Paris At Night), as “stunning, with big shoulders, and good quarters, nice long legs and is very pretty.” Canford Cliffs, whose daughter Queens Cliff (a likely contender for the upcoming Ayr Gold Cup) was beaten just a head by Equilateral when second in Wednesday’s Listed DC Training & Development Services Scarborough Stakes at Doncaster, could have a big runner in the upcoming G1 Epsom Handicap. His talented son, and millionaire, Cliff’s Edge is among the possible runners for the Epsom Handicap (one of Australia’s top races), with Cliff’s Edge having already second recently, behind star filly Mystic Journey, in the 2019 G2 P.B. Lawrence Stakes.

Out of the Snaadee mare Stimulation, Cliff’s Edge has already won eight times, with his wins including four group races. From the same male line as Deep Impact, Roberto, More Than Ready and Captain Al, Canford Cliffs (a group winner at Royal Ascot three years running) is currently sire of 30 black type performers, with his offspring having already earned in excess of $17 000 000.

The five time G1 winner has an excellent record in South Africa, where his handful of runners include Derby winner Dorset Noble and G3 Three Troikas Stakes heroine Fish River. For more information, or to make a booking, interested parties are asked to contact Amanda Carey at amanda@ridgemont.co.za

Up country mares are welcome!