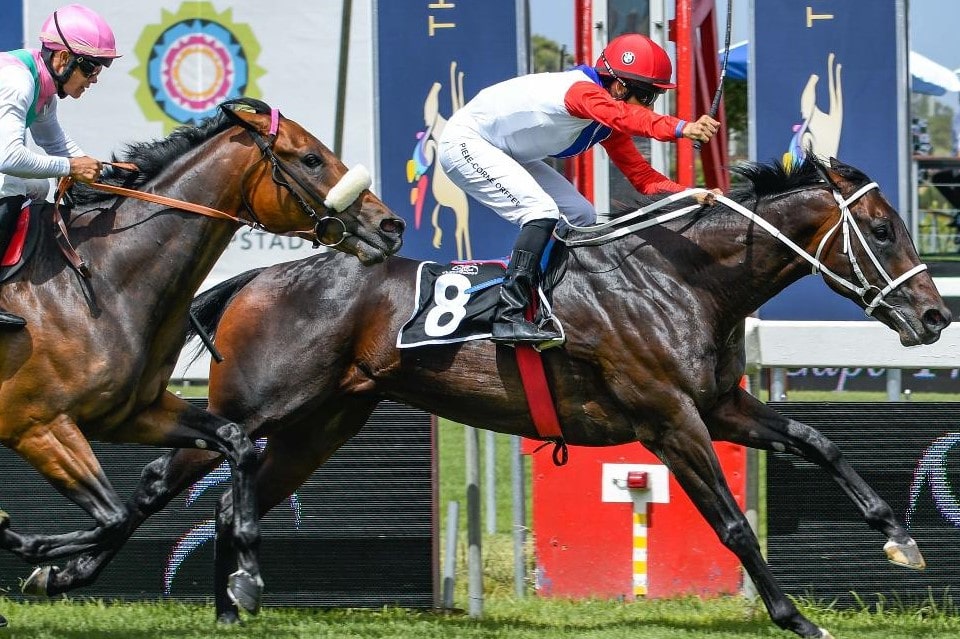 Ridgemont Highlands’ triple G1 winning sire Jackson had a day to remember at Kenilworth on Saturday when his progressive won Count Jack won The CTS 1600 in courageous fashion.

Count Jack is the second son of Jackson to have won a major sales race this season, with the stallion’s son Pure State having captured December’s CTS Ready To Run Stakes.
Between them, Count Jack and Pure State have earned in excess of R3.9 million!

Trained, like Jackson himself, by Brett Crawford, Count Jack did well to overcome his wide draw of 13, with jockey Corne Orffer putting up a polished display in the saddle.

The Highlands bred colt stayed on gamely to register a three quarter of a length win over G2 Concorde Cup runner up Sachdev, with last season’s Equus Champion Got The Greenlight among Count Jack’s beaten rivals.

His sire Jackson, one of the very best sons of deceased top sire Dynasty and from the same family as multiple champion sire Smart Strike, has 11 lots on this month’s Cape Yearling Sale, including a filly (Lot 44) out of G3 Magnolia Handicap winner Fanzene, and a half-brother (Lot 85) to smart filly Fleeced.