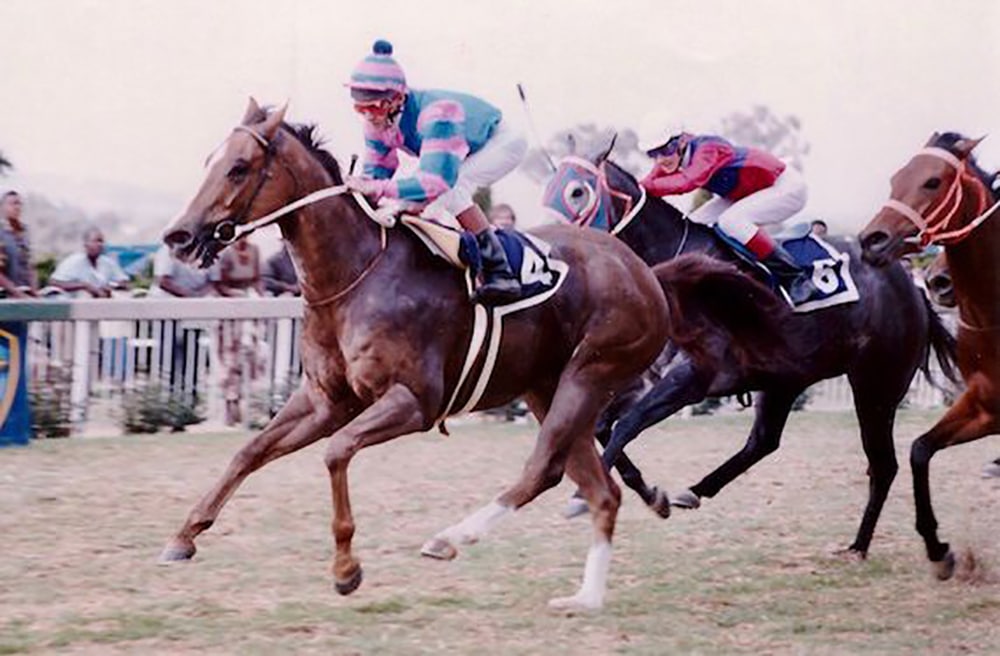 South Africa lost one of its fastest thoroughbred sons following the passing of the brilliant Tommy Hotspur.

The gelding, who was 30 years old at the time of his death, was euthanised on Sunday.

Bred by lush paddocks at Ridgemont Highlands, Tommy Hotspur was a horse with tremendous cruising speed. The Harry Hotspur gelding won his first eight races in a row, while blazing off to the front, culminating in a three and a quarter length thrashing of champion Basic Instinct in the 1995 Listed Joseph Dorfman Memorial Handicap.

Tommy Hotspur, whose first eight wins all came over the 1000m trip, lost his unbeaten record when finishing second next time out in the G1 Computaform Sprint. The brilliant gelding, however, was not disgraced and was only beaten by three-parts of a length by the victorious Shoe Shac.

The Gary Alexander-trained gelding went on to make amends for his Computaform Sprint defeat when Tommy Hotspur claimed the 1997 G1 Computaform Sprint, holding on to withstand a challenge from Never So Good and win by half a length, with his beaten rivals on that occasion including both Golden Loom and Shoe Shac.

This proved to be Tommy Hotspur’s final victory, and the big hearted gelding retired with a tally of ten wins from 16 starts and earnings of over R640 000.

It truly is a sad day for the South African thoroughbred industry, and condolences from all at Ridgemont Highlands to everyone attached to Tommy Hotspur. 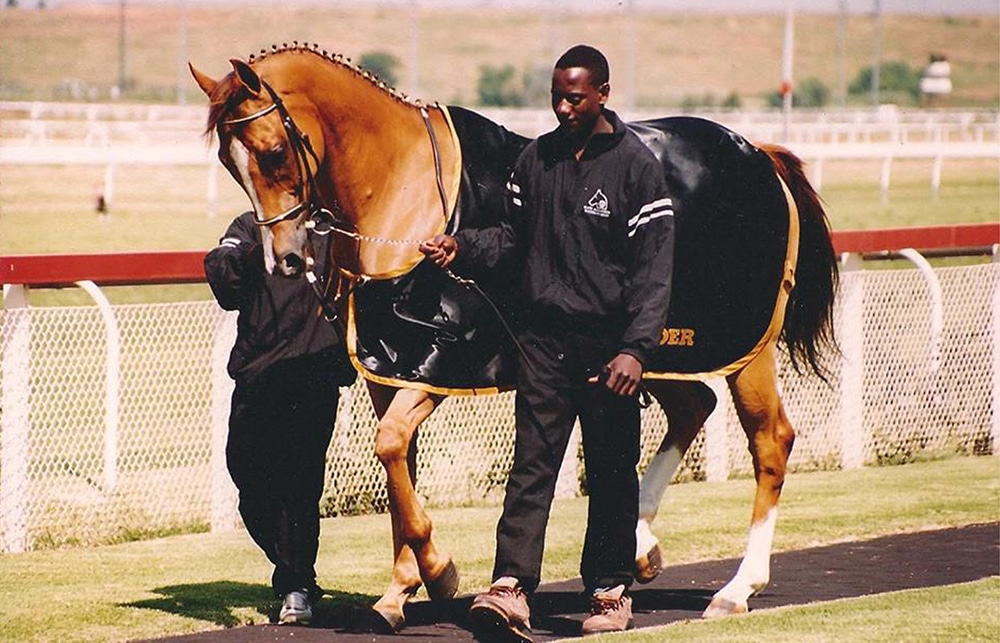